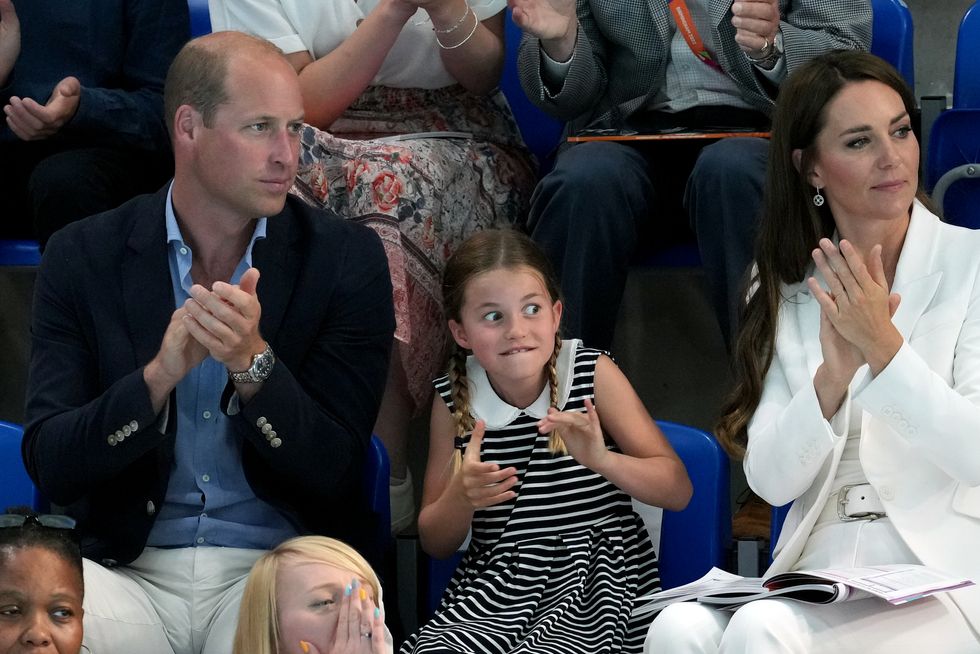 The Duke and Duchess of Cambridge sat with a grinning Princess Charlotte as they began their day at the Commonwealth Games by watching the swimming.

William and Kate arrived on Tuesday shortly after the Earl and Countess of Wessex and their children, Lady Louise and James.

Before the duke and duchess’s arrival, Edward, who is vice patron of the Commonwealth Games, shared a joke with former prime minister Theresa May as he entered Sandwell Aquatics Centre during the men’s 1,500m freestyle heats.

The duke and duchess arrived shortly after with Princess Charlotte and sat in front of the Wessex family.

Kate, dressed in a white blazer and trousers, embraced Edward, Sophie and their children before taking her seat next to Charlotte.

The duchess was pointing and explaining things to her daughter, while William held one of the official programmes.

The royals were cheering and applauding alongside the crowd for England 1,500m freestyle hopeful Luke Turley.

After rolling her eyes following a comment from her father, Charlotte then cracked a smile as Turley’s heat came to a close.

Please log in or register to upvote this article
BirminghamCharlotteCommonwealth GamesRoyalSophie