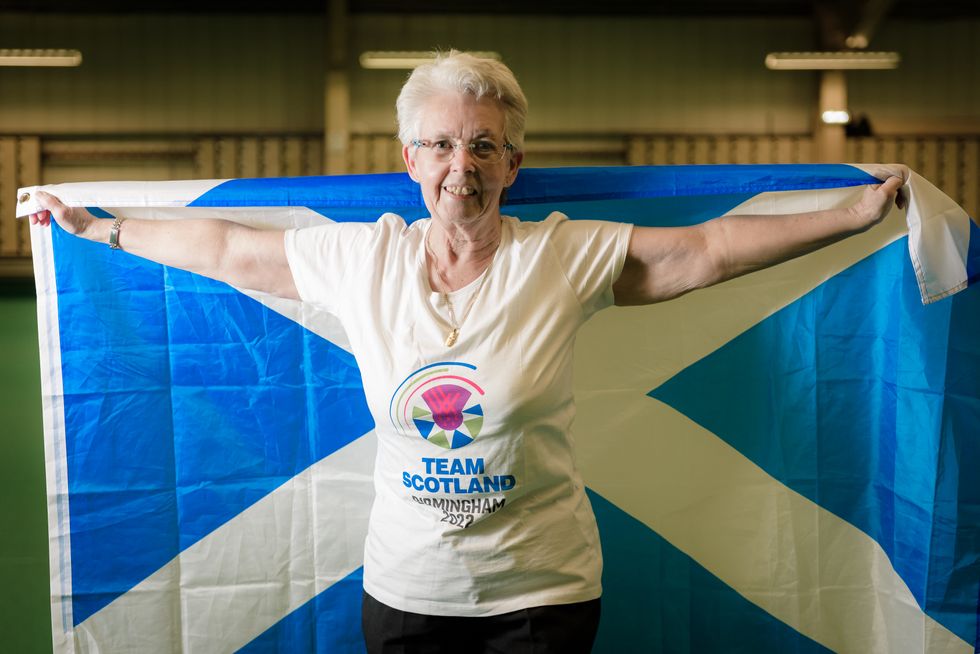 Rosemary Lenton recalls being frustrated at missing the chance to go and watch the Commonwealth Games in 2002 when health complications left her needing a wheelchair.

Two decades later the 72-year-old will make her debut at the Birmingham Games as a competitor.

Lenton is part of Team Scotland’s para bowls squad after reinventing her life when routine surgery led to an infection and a series of other operations.

“I hadn’t played the sport until I ended up in a wheelchair in 2002,” she told the PA news agency. “I went into hospital for what was meant to be a straightforward operation but I got an infection and had to have nine operations and was in hospital for three months.

“I struggled going back to work for three years before I had to give it up in 2005.

“I took up bowls, really as a social thing, to get myself out of the house and mix with people. When I was at bowls, someone suggested wheelchair curling too.

“You can’t sit at home and wait for the world to come to you, you have to make the effort and go out and meet others.

“It was social but after a couple of years I went to the Scottish Championships and won it the first year. I won it several times after that so it set me off on this path.

“I have been to three World Championships in Australia, South Africa and New Zealand and curling sent me off to other parts of the world, colder parts.

“I have made an awful lot of friends and met people who I would never have met without bowls. In a way, something good came from something bad.”

Lenton, who comes from Huddersfield but has lived in Scotland for more than 40 years, added: “When I was in hospital an old school friend wrote to me telling me she was going to the Commonwealth Games in Manchester as a volunteer.

“I wished I could have been there to see it or even volunteer myself.

“I often reflect on that, especially in these last few months. I could never have dreamt I would end up going as a competitor in the para bowls.”

Lenton, who will partner Pauline Wilson in the pairs, is relishing the prospect of competing at Leamington Spa later this week.

“This is really a step up,” the Crichton Royal Bowling Club member said. “It’s effectively the Olympics for bowls because it’s not an Olympic sport. The Commonwealth Games is the highest you can go.

“It is really special and it’s known as the friendly games. The camaraderie will be special too as we are all going as Team Scotland and it’s great to know that we haven’t just got the bowlers but gymnasts, athletes, cyclists and everyone else, knowing you have 250 or so from your own country as well as all the other nations.

Please log in or register to upvote this article
DisabilityScotland