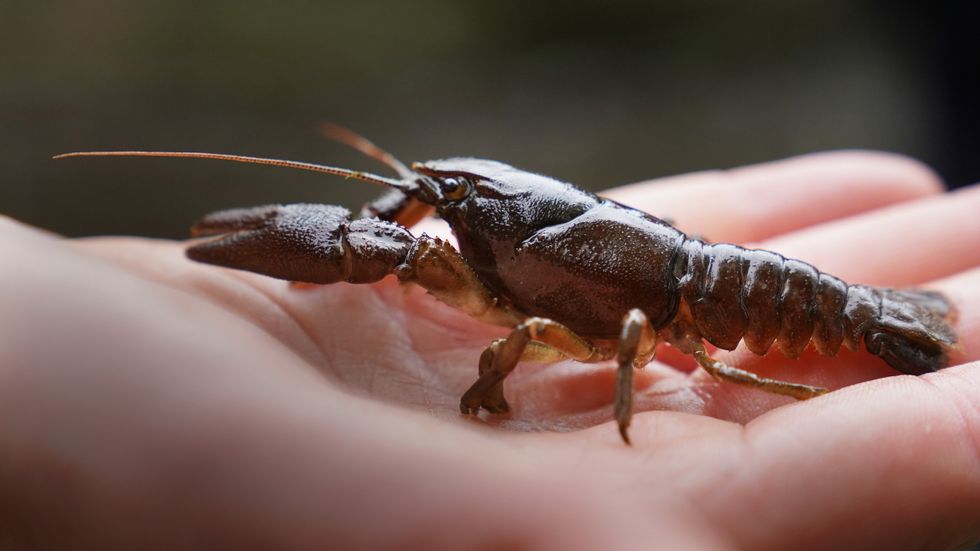 A refuge for one of the UK’s most endangered species has been carefully created by the National Trust.

White-clawed crayfish are under threat due to bigger American invaders which can pass on a deadly bug.

One of the native crayfish’s best habitats is the River Wansbeck in Northumberland, so 100 have been taken to an adapted old cattle drinking hole at nearby Wallington, run by the National Trust.

The so-called Ark site will be a safe place for them to breed and re-establish their numbers.

This species is very much on a knife edge

The site is fed by a spring, with the water flowing over significant barriers before it reaches the Wansbeck, meaning the chances of invasive American signal crayfish or plague entering are low.

Matthew Fitch, National Trust Ranger at Wallington, said: “This species is very much on a knife edge.

“It’s so important we shore up the healthy populations, like the one we’re fortunate to have here on the Wansbeck, as quickly as we can, to make sure it doesn’t vanish from our rivers altogether.

“The ‘Ark’ site will not only give us a safe haven for white-clawed crayfish at Wallington but also contribute to the long-term protection of the animal, as the crayfish that are kept here can in theory be used to repopulate other waterbodies.”

Please log in or register to upvote this article
EnvironmentNational Trust

England face Senegal in the last 16 - all the best reactions