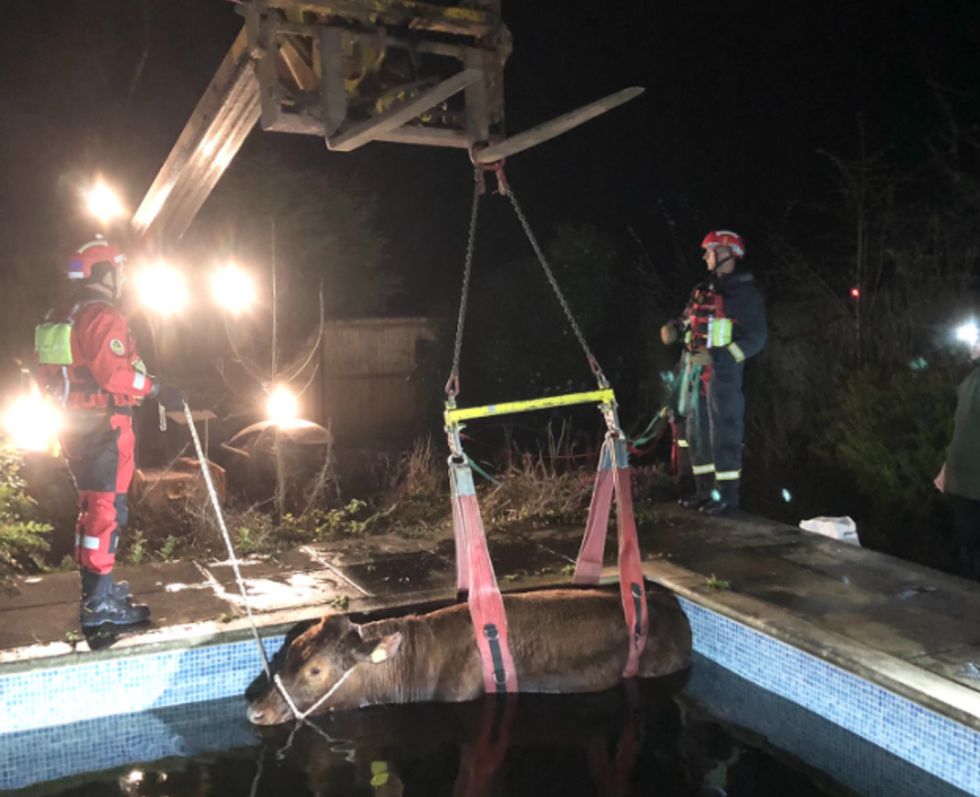 A young bullock who escaped from a local field and fell into a nearby swimming pool is “safe and well” after being rescued.

Three crews from Paignton, Torquay and Exmouth Fire Stations were called late on Thursday evening to help remove the animal from a pool at a property in the Paignton area of South Devon.

The 600kg bullock was hoisted out of the pool using a harness as a vet stood on hand for “professional advice and the wellbeing of the animal”.

“The plan of action was to feed webbing strops under the (bullock) after getting him in the corner of the pool, then bring in a telehandler and lift him out supported comfortably,” Rob Cude, group manager at Devon and Somerset Fire and Rescue Service, told the PA news agency.

“Whilst this was ongoing, a local farmer positioned a cattle trailer ready for him to move straight into.

“The operation went very smoothly, (bullock) lifted, moved to the trailer, and was then held in the harness for a few minutes until he could support himself again… By this time, he had been in the pool for three to fours hours and was very cold, with obviously numb legs.”

But Mr Cude said the animal coped well in the water, which was partially drained.

“He did spend quite some time with his nose just below the surface blowing bubbles, which he seemed to enjoy,” he said.

“When they started pumping out the water, he seemed to swim along the pool and investigate the pump.

“All (were) relieved to see him safe and well.”

Once the bullock had been lifted out of the pool and released from his harness, he was moved into a cattle trailer and taken back to the local farm to recover from his dip.

Please log in or register to upvote this article
AnimalDevonrescue