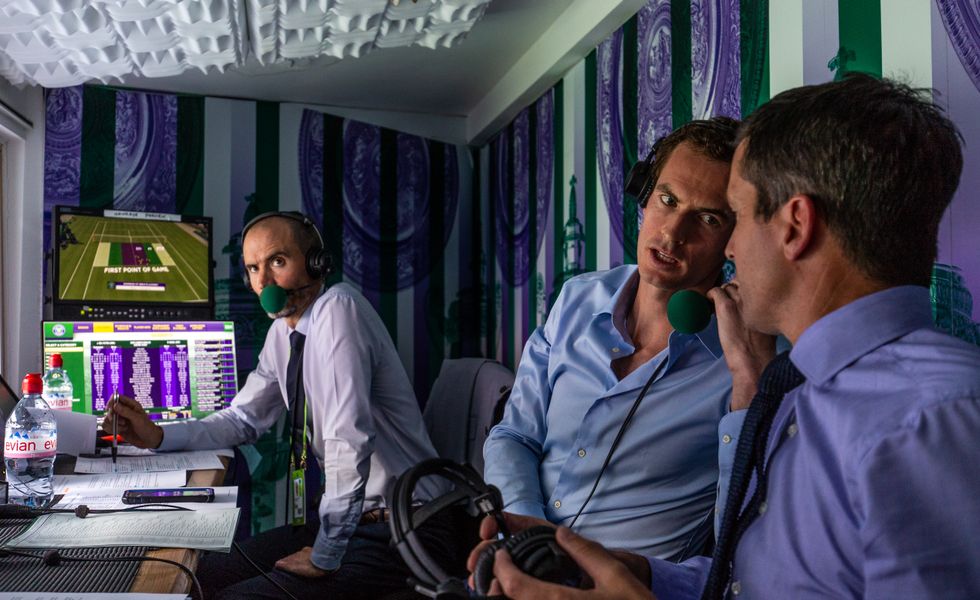 Prince Harry faces competition in the book charts after a tweet suggesting that Mabel the dog, who rose to fame during the pandemic with sports commentator Andrew Cotter, has released an autobiographical account of her life.

The news was broken on Twitter by Mr Cotter, with the broadcaster joking that while he is yet to read the tale, it was “disappointing to see” and that he has been told neither he nor his other dog Ollie “come out of it well”.

Mabel and Ollie, both Labradors, burst onto the scene in 2020 during lockdown when Mr Cotter began to narrate their lives on social media.

The videos often showed the two dogs competing with each other – with Ollie often coming out on top – and were viewed by millions around the world.

Scottish-born Cotter said the inspiration for the videos was taken from the 1990s sketch show Big Train in which renowned sports commentator Barry Davies earnestly described the World Stare-Out Championship.

Mr Cotter released a 2020 book about their experiences entitled Olive, Mabel & Me.

It appears however that Mr Cotter is not the only one with writing aspirations in the family, with Mabel’s “book” entitled Second – a reference to always finishing behind Ollie.

Mr Cotter wrote on Twitter to warn people against purchasing the book and revealed that early reviews have been mixed so far.

Despite the early reviews, news of the book has been met with delight on social media.

Broadcaster Rachel Burden, host of the breakfast show on BBC Radio 5 Live, said she had conducted “a 60 minute interview with her yesterday and found out all the best bits”.

Tom Fordyce, who has ghost-written for several sports stars including Peter Crouch, Geraint Thomas, Jamie Redknapp and Alun Wyn Jones, joked that he had helped write the book, describing the project as “challenging”.

He wrote on Twitter: “One of my more challenging ghost-writing experiences, but ultimately hugely rewarding.

“Sue Barker revelations extraordinary. Shame, as always, about the bits taken out by the lawyers, particularly pages 48, 72, 180-4 and the entire Mel Gibson chapter.”