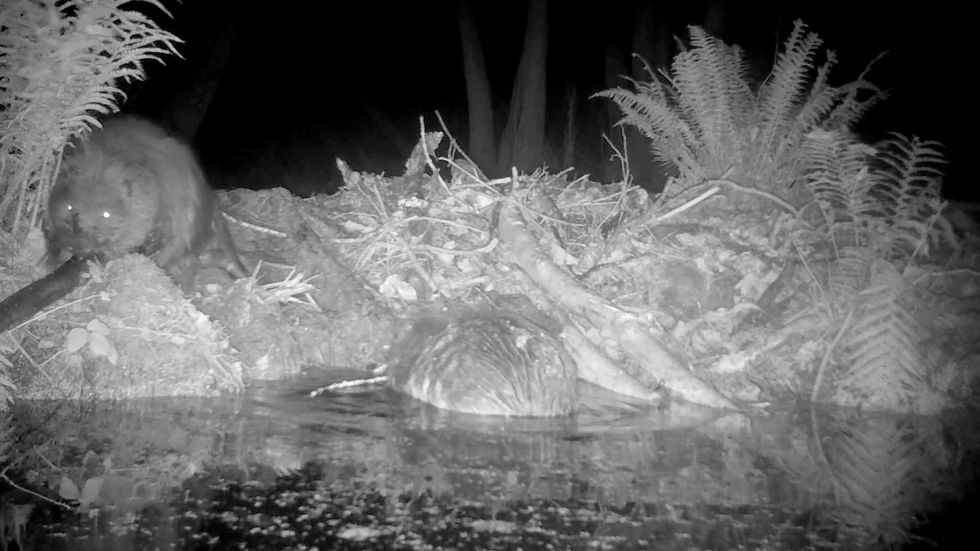 The first beaver born on Exmoor in 400 years is celebrating his first birthday and is already helping turn degraded landscape into a thriving wetland.

The beaver kit, named Rashford after the Manchester United star following a vote on social media, was born to parents Yogi and Grylls on the Holnicote estate in Somerset last May.

Yogi and Grylls were paired by the National Trust in 2020 after the charity was granted its first licence to release Eurasian beavers on to its land.

Beavers were hunted to extinction in the British Isles in the 16th century, but are slowly being reintroduced.

The pair were released into a 2.7-hectare enclosure at Holnicote in January 2020 and Rashford was born 18 months later.

To mark the occasion, the charity has released new images and footage from a static camera showing Rashford dam building and moving mud with his father Yogi.

He is believed to be the first beaver born on Exmoor since the reign of the Tudors, and is the first ever to be born on National Trust land.

The site at Holnicote was previously wetter before previous landowners sought to drain it, research has shown.

Beavers are hailed as a means to combat the climate crisis because their dams help restore dry and degraded wetlands, providing fresh habitat for other native species.

Healthy wetlands can also help reduce the impact of floods and droughts, both of which are predicted to become more frequent with climate change.

Staff at Holnicote have already recorded a dramatic change in water levels on the previously unmanaged woodland, as well as a change to vegetation and light.

Ben Eardley, project manager for the National Trust at Holnicote, said: “The multiple dam complexes created by Rashford, Grylls and Yogi over the last two years have helped slow the flow of water through the catchment, creating ponds and new channels to hold more water in the landscape.

“The resulting water habitat is creating opportunities for a wide range of wildlife to flourish, including fish, amphibians, reptiles such as grass snakes, bats, insects and birds like sparrow hawk, grey wagtail, moorhens and kingfisher.

“Otters are regular visitors to the site as the wetland offers ideal habitat for them to hunt.”

Mr Eardley continued: “As well as holding water back, the beavers are also helping us manage the woodland naturally by stripping bark from non-native conifers to create deadwood habitats and encourage natural woodland succession.

“This process opens up the canopy, promoting regrowth and creating better quality habitat for a wide variety of species.”

Mr Eardley added: “We are hopeful that Rashford will be the first of many kits to be born at Holnicote and early signs indicate that more kits may be on their way later this spring.”