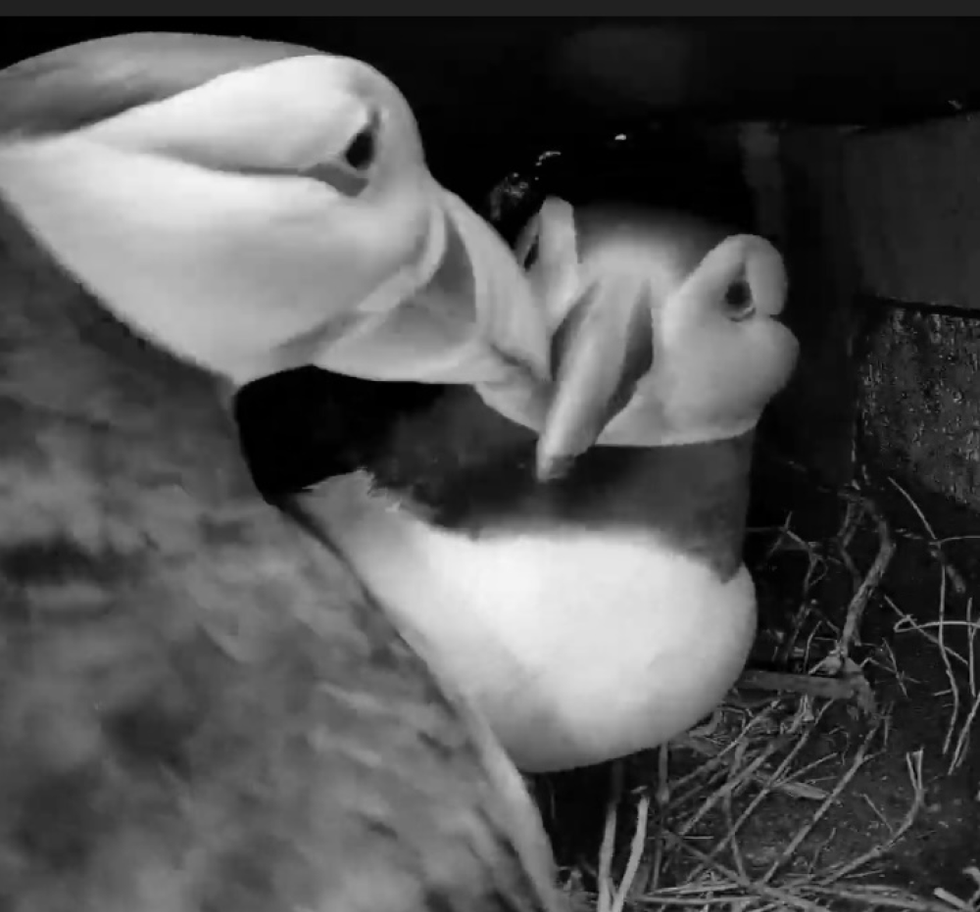 A webcam has been installed inside a custom-made puffin burrow on Coquet Island, offering a glimpse into the nest of two parent birds.

The island, referred to as RSPB’s “certified seabird sanctuary” is off the coast of Northumberland and currently has four live cameras switched on to allow for the surveillance of the birds.

Those watching can expect to catch the hatching of a chick from an egg the parents have laid and regularly take turns to sit on.

Puffins mate for life and both the male and female help to incubate the egg and raise the chick.

When the chick does emerge, the parents will continue to take care of it until it has developed wing feathers that are large enough for flight.

The camera’s stream will run from May 4 until the puffins leave in July or August.

Coquet Island is off the coast of Northumberland (David Wootton/RSPB)

Puffins spend two-thirds of their lives bobbing on the ocean in groups called rafts – and only come to land to breed.

The UK hosts about 10% of the world’s puffins, but numbers are declining and they are now on the Red List of UK Birds of Conservation Concern and are listed as Vulnerable on the IUCN Red List.

To watch the stream, visit: www.rspb.org.uk/coquetlive

Pig apprehended after ‘munching through gardens’

Please log in or register to upvote this article
AnimalsRSPB