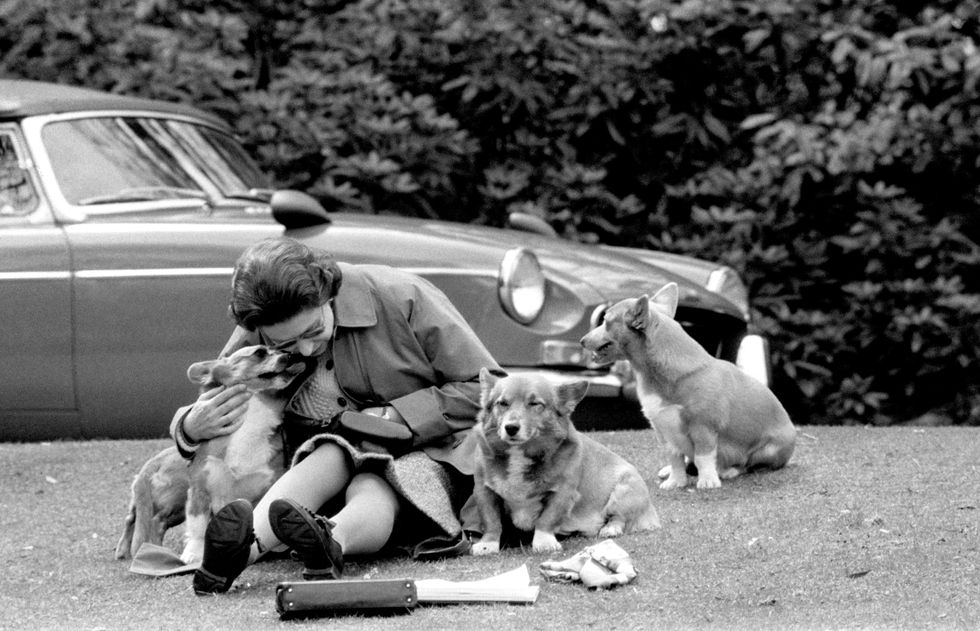 The cartoon image of the cheerful dog – the Queen’s favourite breed – appeared on the monarchy’s official Twitter account, with the message: “Meet PJ the corgi, our Jubilee emoji!”

Sporting a crown of purple and platinum – the colours of the Jubilee – PJ, with his tongue sticking out, will appear automatically on Twitter when users include celebratory Jubilee hashtags.

The royal family’s Twitter account added: “PJ will appear whenever you use #PlatinumJubilee #HM70 #PlatinumPartyatthePalace #PlatinumJubileePageant or #TheBigJubileeLunch and we’re hoping that as many of you as possible will use PJ to help celebrate the Jubilee here on Twitter.”

The Queen is synonymous with the short-legged dogs.

She has owned more than 30 corgis during her reign, most of which have been descendants of her first corgi, Susan, who was given to her on her 18th birthday in 1944.

The Queen’s senior dresser, Angela Kelly, revealed that the new puppies were a constant source of joy for the monarch during lockdown.

The Queen leaves Buckingham Palace with her dorgi, Candy, ahead of the first lockdown in March 2020 (Aaron Chown/PA)PA Archive/PA Images - Aaron Chown

A pack of mischievous puppet corgis causing comic chaos on The Mall are to feature in the Jubilee Pageant in the finale of the bank holiday celebrations.

A special segment entitled the Queen’s Favourites will also include representations of the Queen’s beloved childhood pony Peggy and her favourite horses such as Royal Ascot Gold Cup winner Estimate.

Awkward clip shows reporter being repeatedly talked over by colleagues

Please log in or register to upvote this article
dogsemojiRoyalThe QueenTwitter