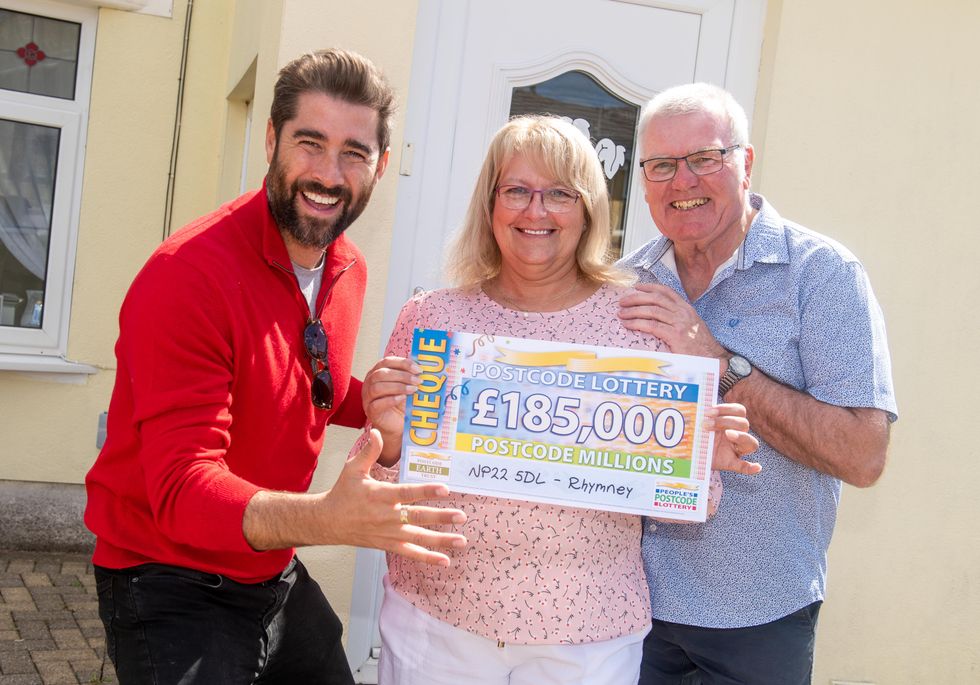 More than 400 Welsh residents have been left “shocked” and “elated” after winning a share of £3.7 million.

The 435 winners, who live in Rhymney, South Wales, scooped a share of the prize money through the People’s Postcode Lottery.

Nine neighbours from Pen-Y-Dre shared the largest portion of the prize after their postcode, NP22 5DL, was named as the full winning postcode.

Some of the winners in Rhymney (People’s Postcode Lottery/PA)

Mr Owen, a retired steel worker, said he was “elated” with his win said he will spend part of the money on a new car and a world cruise.

“You never expect to win this amount of money, I am absolutely elated,” Mr Owen said.

“I don’t think they’ll believe me when I tell them how much I’ve won.”

She said: “I really don’t know what I’m going to do with my winnings.

“I’m always teased in my family about how sensible I am with my money, so I’ll need to think of something exciting to spend it on, maybe a trip to the Maldives.”

Matt Johnson is an ambassador for the People’s Postcode Lottery and grew up nearby, and Lewis Lance, 68, and his partner Rose were delighted to welcome him to find out they had won £185,000.

Mr Lance, who has lived in his house for more than 34 years, said he hopes to buy a bungalow with his winnings.

“We’ve been thinking for the last couple of years about buying a bungalow and now I definitely think we’ll take the plunge and go for it.”

Rose, an NHS worker, could not enjoy the celebrations for long as she had to head off for a shift, but said the win will “help our whole family”.

“The last couple of years have been really tough and I’ve been working seven days a week, so this money has really come at a great time,” she said.

“We’re going to have a big party to celebrate, and we’ll spoil our children and grandchildren. This will help our whole family.”

Gladys Kent, 72, another recipient of £185,000, said she is looking forward to buying some new slippers.

Mrs Kent, a retired home help, said she also plans to get a new car with ramp access for her mobility scooter, a new three-piece suite and will take her whole family on a trip to Benidorm.

“It’s my husband Gary’s 75th birthday tomorrow so we’ll have a big party with our three children and eight grandchildren, now we have even more reason to celebrate,” she said.

Other winners who share the same postcode include David Price, 65, Mary Brooks, 62, and Raymond Jenkins, 73.

A further 426 players in the postcode sector received cheques ranging from £3,894 to £11,682, depending on how many tickets they played with.

Two other winners with the full postcode chose to remain anonymous.

The funniest jokes and memes about Boris Johnson finally resigning