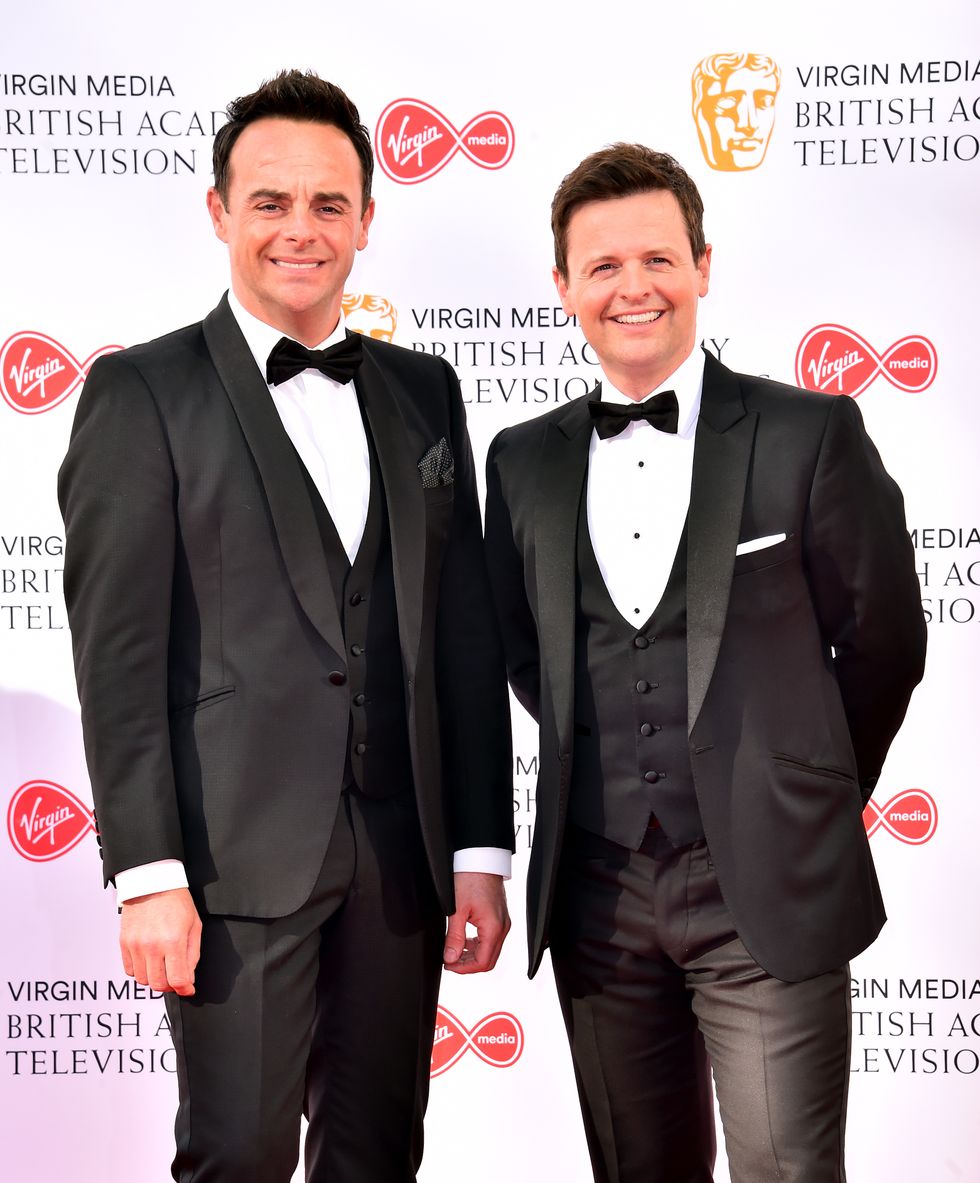 Ant McPartlin and Declan Donnelly teamed up with the winners of Drag Race UK to perform their new charity song.

The “angels of the north” transformed into their drag alter egos Lady Antoinette and Miss Donna Lee for the End Of The Show Show on Ant & Dec’s Saturday Night Takeaway.

Making their entrance on to the show, Ant and Dec were embellished with fake boobs, heels and heavy make-up for the performance.

Red-head McPartlin was dressed in a black sparkly outfit while blond-haired Donnelly stepped out in a blue feather dress and red lipstick.

The song ‘We Werk Together’ is available to download or stream on major digital streaming platforms. Go to… https://t.co/fMNmQ6AtX9
— antanddec (@antanddec) 1645303259

The dance pop song We Werk Together was written by Ian Masterson, the music producer of Strictly Come Dancing, and proceeds from the single will be donated to the Trussell Trust.

It includes the lyrics “don’t be bitter just be better” and “everyone with their own story we stand together, we work together”.

The variety show was filmed in front of a live studio audience again after last year’s series had a virtual gallery due to Covid protocols.

The new series of the award-winning programme saw McPartlin and Donnelly surprise an NHS nurse with a live on-air wedding after she had her ceremony cancelled three times during the pandemic.

Also on the show, the Grand Tour and Clarkson’s Farm star Jeremy Clarkson was the unsuspecting star of Undercover, as protesters arrived at his farm demanding rights for soil.

Your most-liked stories from Indy100

Suella Braverman dreams of a new Rwanda flight before Christmas