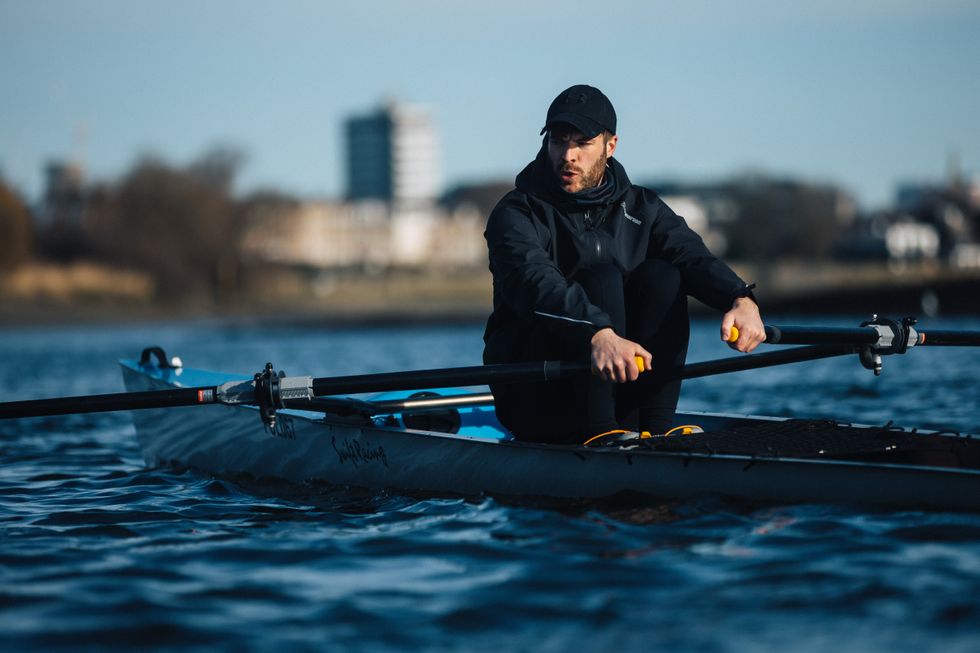 The former I’m A Celebrity contestant, 32, will make his way upstream via the UK’s canals from London to his hometown of Burnley.

North will undertake eight hours of rowing per day on a single scull rowing boat, from Monday February 28 to Friday March 4, in aid of the charity.

He has been training with Fulham Reach Rowing Club trainer, Tracy Corbett, for six weeks but has no previous rowing experience.

He said: “Six weeks ago, when I was stood by the side of the River Thames, I thought ‘how hard can it be to row a boat?’. Trust me, it’s very hard.

“It took me seven attempts to pass my driving test so you can imagine how I’m feeling about navigating 100 miles of the canals to get to Burnley over five days solo.

“There have been times where I’ve thought that I won’t be able to do this and have felt quite overwhelmed, I know it will be so hard.

“Having said all that, I am also really excited, I’ve been putting my body through it and pushing myself as far as I can go in training.

“I am really proud to be doing this for Red Nose Day, I grew up watching it on TV and know it raises money for such an amazing charity that does fantastic work and supports a lot of young people.”

North, who hosts the Radio 1 drivetime show with Vick Hope, became a viewer favourite during his time on ITV’s I’m A Celebrity in 2020 as he overcame his fears during a series of gruesome challenges.

He has been practising his rowing technique on the River Thames three times a week and has been put through a strength and conditioning programme.

His trainer Ms Corbett said: “Rowing is one of the hardest sports to conquer both physically and mentally, the challenges ahead for Jordan are endless – he could encounter four seasons in one hour.

“Jordan will need to stay focused and be on top of his steering, so as not to crash into any moored vessels which could injure him or damage the boat.

“His spatial awareness will need to be on high alert as he will be rowing through narrow bridges, tight bends, and will need to avoid a lot of canal furniture.

“It is going to take a lot of mental strength and correct fuelling to get through all five challenge days, and he will endure muscle aches and joint soreness throughout his whole body.”

The challenge, called Rowing Home, will be broadcast live each day on Radio 1 including canal-side broadcasts of Going Home with Vick and Jordan daily from 3:30pm to 5.45pm.

It will also be filmed for a documentary airing in March on BBC Three and iPlayer, ahead of Red Nose Day on Friday March 18.