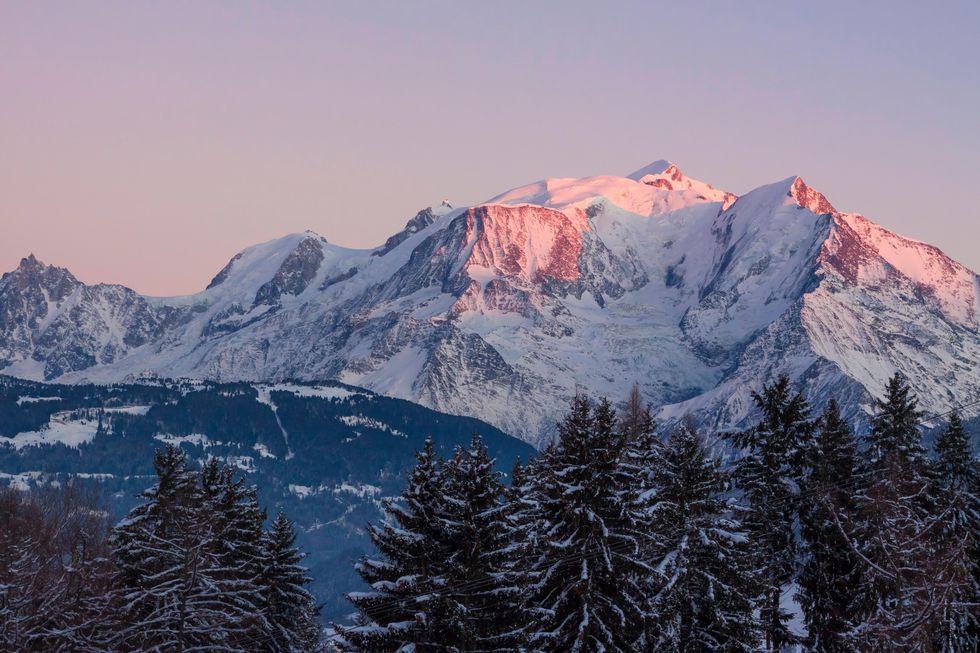 A team of British and Argentine Falklands War veterans will attempt to scale Mont Blanc next month in an “act of reconciliation” to mark the 40th anniversary of the conflict.

This year marked four decades since the end of the undeclared war, which lasted for 10 weeks from April 2 until June 14, 1982, after Argentina invaded the British Overseas Territory in the South Atlantic.

The conflict ended with an Argentine surrender, ultimately claiming the lives of 225 British servicemen, 649 Argentine military personnel, and three civilians.

But now an Anglo-Argentine team of six Falklands War veterans plans to embark on a six-day mission to climb the 15,774ft mountain in an effort to highlight the spirit of reconciliation between the two countries.

The former soldiers from the Argentine forces, Gurkhas, Welsh Guards, Royal Engineers, SAS, and the Royal Marines will begin their French Alps expedition to climb the highest mountain in western Europe on September 11.

The veterans will be raising money for Blesma, a military charity that provides limbless and injured veterans with lifelong support.

Argentine Alejandro Diego, a 20-year-old conscript when he was sent to the Falkland Islands on April 2, 1982, will travel from his home in Buenos Aires to join the expedition.

Mr Diego, 60, said he was once “determined to kill the British” after his friend was killed during the conflict, but that he later realised “nobody deserves to die for a piece of land”.

“From birth it is as though we are microchipped to believe ‘Malvinas son Argentinas’ – that the islands are part of Argentina,” he said. “But it is not the same from the point of view of the Islanders.

“We can’t take them back through force; instead, we have to make Argentina such a lovely place to live that the Falkland Islands want to belong to Argentina again.

“We have to accept that the Islanders, as human beings, have the right to choose their own future – and the war made me see that,” he said.

“The challenge for us is that the Islanders’ wishes coincide with our wishes as a nation.”

On a 2012 visit to the Argentine cemetery on the Falklands, Mr Diego said that his friend’s spirit told him “that the way to honour the dead is to reach an agreement, not more conflict… Nobody deserves to die for a piece of land.”

The Mont Blanc expedition will be led by former Welsh Guardsman Will Kevans, 59, who said: “Alejandro’s story needs to be heard because it reminds us all that there are two sides to every story – and every war – and, at their hearts, are people.

“We were all very young when we went into battle and we owe it to those that follow us to try and ensure it never happens again.”

What do red, white, purple, and black poppies mean?

Please log in or register to upvote this article
Mont Blancveterans