Cyclist ‘overwhelmed with kindness’ after 4,000-mile charity ride across America 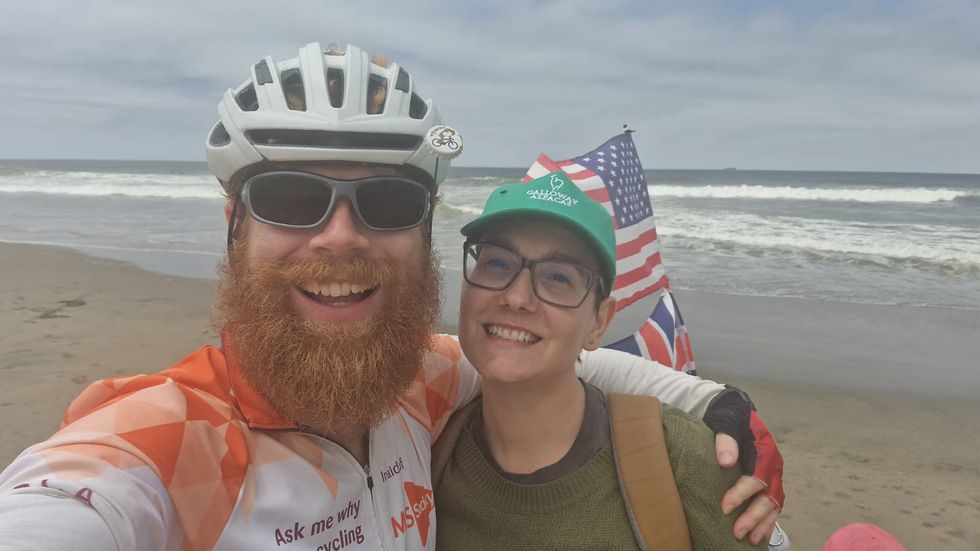 A British cyclist said he has been “overwhelmed with kindness” after completing a 4,000-mile ride across the US, raising more than £25,000 for charity.

The 32-year-old, who works in student support at the University of Leeds, decided to take on the challenge in honour of his mother Teresa, who was diagnosed with MS when he was a teenager.

He told the PA news agency: “After five years of planning and three months of cycling, crossing the finish line felt unreal – I’m still trying to get my head around it.

“I’ve been overwhelmed with kindness and I am so grateful for all the support I’ve had.

“The best part of the trip was all of the wonderful people – who put me up, paid for my meals, and cheered me on.

“I cannot find words to describe how I am feeling today, I can barely begin to process it.”

Mr Butcher started his journey in Times Square, New York, and climbed around 120,000 feet (36,600m) during the ride – which is four times the height of Mount Everest.

He was greeted at the finish line in San Francisco by his wife and volunteers from the MS Society.

Mr Butcher said: “When I first flew out I remember saying goodbye to my wife and thinking ‘what have I let myself in for’.

“To say I have cycled across America, it just feels incredible.

“I faced some of my toughest climbs whilst cycling at altitude through the desert, with nothing between the towns where I set off and arrived each day.

“The toughest bit was the hills of Nevada – the most mountainous state in America.”

Although this has been Mr Butcher’s biggest challenge yet, he has been raising money for charity for almost 20 years.

He took on his first challenge when he was just 17, cycling the length of Britain from Land’s End to John O’Groats and raising £3,000 for the MS Society.

Antony Butcher decided to take on the challenge in honour of his mother Teresa, who was diagnosed with MS when he was a teenager (Antony Butcher/PA)

Mr Butcher said: “MS is a horrible condition, it is horrible to watch someone you love fight a battle that is unwinnable and know there is nothing you can do to help them.

“There is nothing I can do to help my mum, but maybe the money raised to help people living with MS and the research into the disease, can help other people out there avoid this terrible condition.”

Mr Butcher said his mother has been following his journey over the past three months and said her support has been “incredible”.

“I’ve been speaking to my mum along the way and it’s been incredible to have such love and support from her,” he said.

“She’s had a little map up on the wall tracking where my progress is and I’m looking forward to seeing her now I’ve crossed the finish line.”

However, he admitted he will need to do one more thing before they can be reunited.

“I’ve gone for the Forrest Gump look… my wife has already got me booked in for a hair cut,” he added.