Cyclist to begin 4,000-mile ride across America to raise funds for MS charity 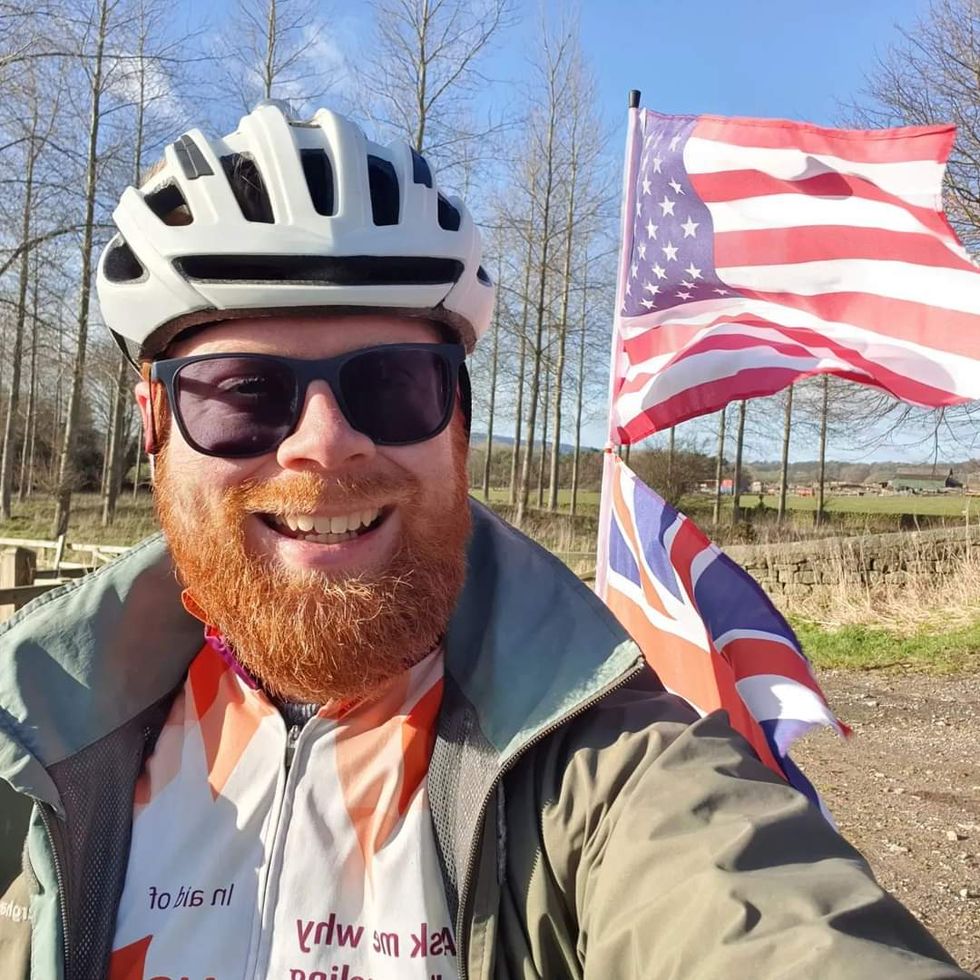 A British man will cycle almost 4,000 miles across the US to raise money for people living with multiple sclerosis.

Antony Butcher, from Ilkley, West Yorkshire, will start his journey in New York on Friday and travel across 18 states to finish in San Francisco.

The 32-year-old, who works in student support at the University of Leeds, decided to take on the challenge in honour of his mother Teresa, who was diagnosed with MS when he was a teenager.

He told the PA news agency: “I think the harsh reality with MS is that there is nothing you can do to change what is happening.

“When I was 15 years old, I knew what would happen to my mum.

“I can’t fix mum but by raising money I can help be a part of making a future where other people don’t have to go through the pain that we’ve gone through.”

Mr Butcher will start his journey in Times Square and will climb around 120,000 feet (36,600m) on the ride – which is four times the height of Mount Everest.

He said: “I am aiming to do about 50-70 miles most days, which gives me time to go and visit schools and community groups to talk about the ride.

“It also gives me a chance to share time with the people who are putting me up for a night as hosts.

“I can share my story and why I’m doing this, but also to hear their story.

“I’m really intrigued by America as a country and to see what’s going on.”

Mr Butcher came up with the idea for his challenge in 2017 when he had a “major mental breakdown”.

He said he plans to be open about his mental health struggles during his challenge, while his mother will be his inspiration on the days he finds difficult.

“I think of my mum and the way that MS dictates what you are able to do, whether it’s fatigue or it’s severability,” he said.

“People who live with MS don’t get a choice, they don’t get that ability to say I’m not going to do this today.

“And that’s the message I say to myself on the tough days, I don’t have a choice about not doing this, I have to.

Mr Butcher took on his first challenge when he was just 17, cycling the length of Britain from Land’s End to John O’Groats and raising £3,000 for the MS Society.

He has been raising money for the charity for almost 20 years but said his new challenge will be “difficult” as he will have to leave his family for three months.

“I went to say goodbye to mum a couple of days ago and she just told me how proud she is that I’ve taken that pain that we’ve experienced and have done something positive with it.”

Mr Butcher will aim to finish his bike ride on July 13, when he hopes to be reunited with his wife in San Francisco.

To find out more about Mr Butcher’s challenge, visit: https://linktr.ee/AntonyAcrossAmerica.