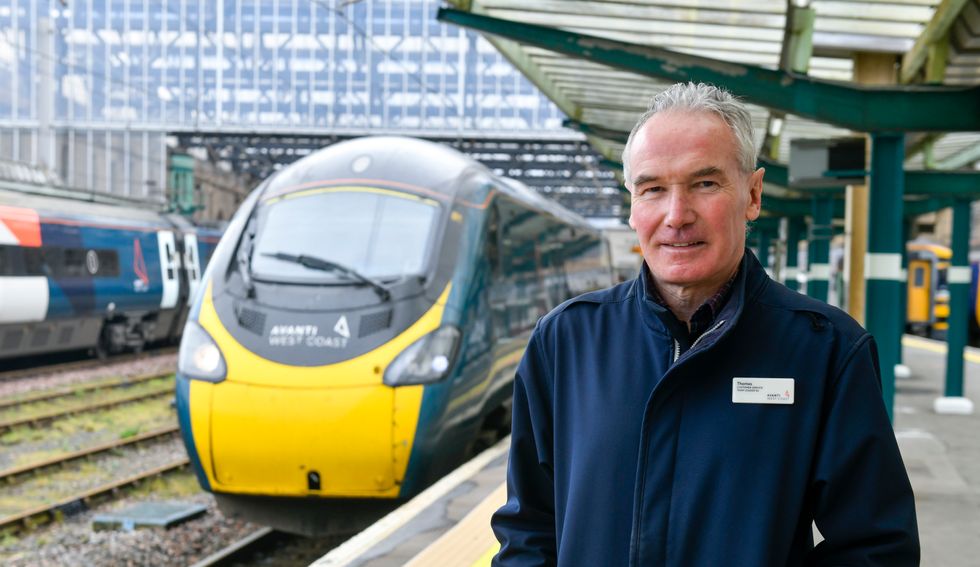 A railway station platform worker has seen off his final departure following a 50-year career.

His career on the railway began in Watford, Hertfordshire as a 15-year-old boy in July 1971.

He moved to Carlisle in 1983 and was deployed in various roles for freight and passenger services, culminating in being a platform team leader for Avanti West Coast.

The operator’s managing director Phil Whittingham presented him with a framed print of his service report detailing his long career.

Mr Michalek’s last shift also signalled the end of his family’s career in the sector.

He follows his cousins Stan (a train driver for 50 years), Ron (who worked in accounts for 46 years) and Tony (who worked in roles at Euston and Watford for 40 years) into retirement after decades of service on the West Coast Main Line.

He’s a rare breed of railway staff. His dedication has always been unwavering

Reflecting on his working life, Mr Michalek said: “I’ve really enjoyed my time on the railway and had a good career.

“I love Carlisle station – it’s my home station, where I’ve spent most of my working life – but it’s the people that make it.

“I’m going to miss my colleagues and look forward to seeing them when I travel by train to watch Carlisle United.”

Avanti West Coast’s station manager at Carlisle, Michael Byrne, said: “Tommy is a well-loved member of the team who will be sorely missed by everyone here in Carlisle.

“He’s a rare breed of railway staff. His dedication has always been unwavering. He’s conscientious and there isn’t anything he doesn’t seem to know.”

Factory worker scoops £2m with scratchcard he almost did not buy