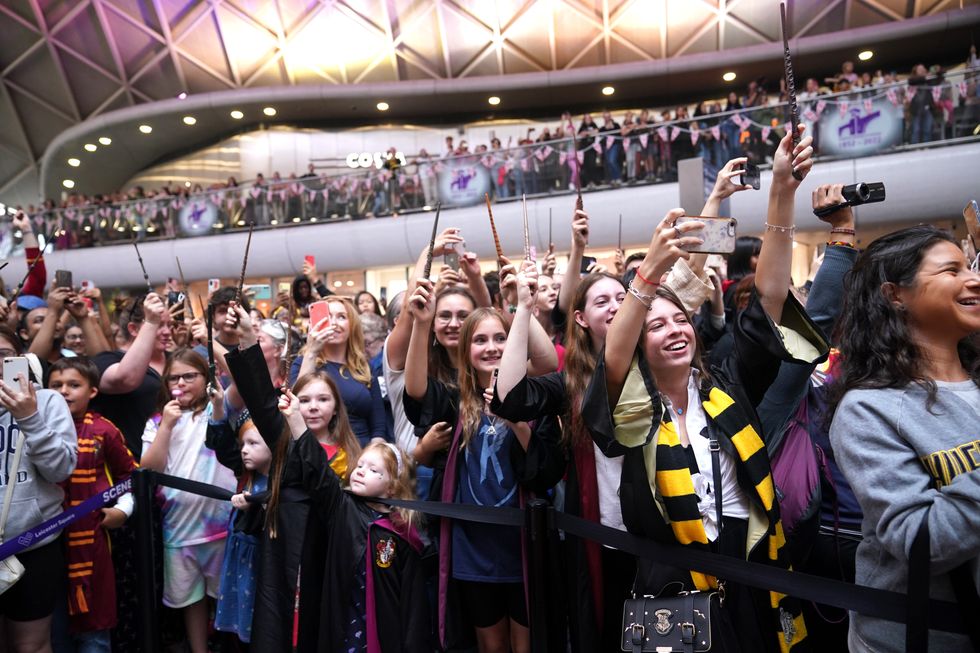 Harry Potter fans were treated to a magical display at King’s Cross Station on Thursday to mark the moment Hogwarts students board the train to school.

The departure board lit up and announcements were made ahead of the 11am fictional departure from platform nine and three quarters, before a countdown led by Made In Chelsea’s Sam Thompson and Capital FM presenter Vick Hope.

The ‘Back To Hogwarts’ event in the capital also included wand combat workshops as well as a rendition of a wand dance from the West End cast of Harry Potter And The Cursed Child.

Thompson, who hosted the event, said: “Being a massive Harry Potter fan, I jumped at the chance to come down to King’s Cross and host the live countdown for the Back To Hogwarts Day celebrations this year.

“My expectations were already sky high, but I was blown away when I saw so many amazing Wizarding World fans had come down for the day, absolutely smashing it with their costumes!

“Highlight for me was having one-on-one wand combat training with Paul Harris, the Wizarding World wand choreographer, and it was brilliant to see the cast of Harry Potter And The Cursed Child perform the ‘wand dance’ too.”

Until 4 September, fans will also be able to have their photograph taken with 1.5m-tall replicas of the Harry Potter And The Philosopher’s Stone book, while a video booth allows people to see what they would look like in the carriage that famously took Harry, Ron and Hermione to Hogwarts.

‘Spellbinding’ coins will celebrate Harry Potter And The Philosopher’s Stone

Please log in or register to upvote this article
Harry PotterHogwarts