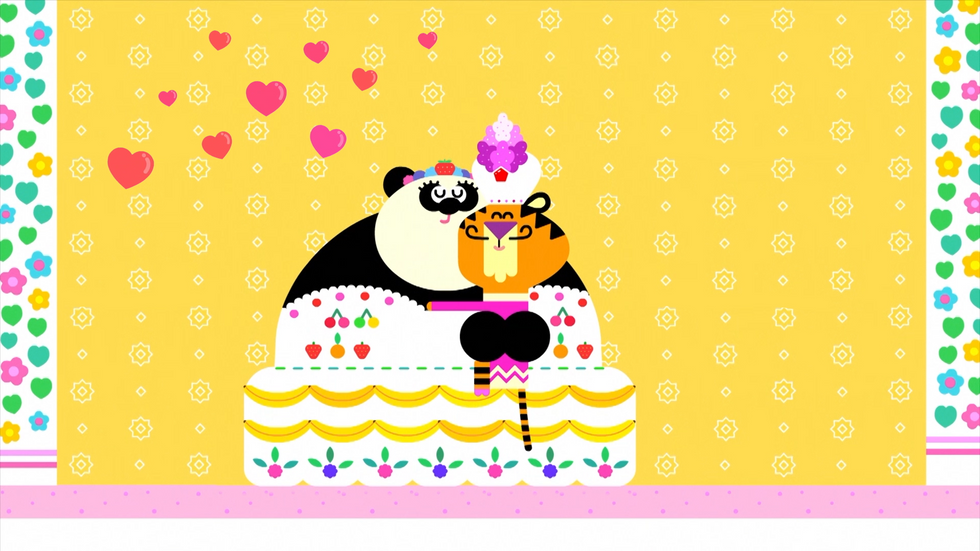 Popular children’s show Hey Duggee has released a new song for Valentine’s Day which celebrates the “many types of love”.

The power ballad features duets by characters of the hit BBC TV show, including Chew Chew the Panda and King Tiger.

The pair can be seen cuddling and painting portraits of each other in a video for the track, as King Tiger, who is voiced by Phillip Warner, sings: “My panda, the yin to my yang. In this interspecies world, I’ll be your valentine’s man.”

Chew Chew the Panda, who is voiced by comedian Lucy Montgomery, married King Tiger in an episode titled The Wedding Badge which first aired on May 19 2018 – the same day as the wedding of Prince Harry and Meghan Markle.

Other characters who feature in the Valentine’s ballad include John and Nigel Crab, who add: “There are many, many types of love – from your family to your friends.

“It doesn’t matter who you choose to love. Because it’s all love in the end.”

Hey Duggee is an educational series created by Grant Orchard, senior director of Studio AKA, and narrated by comedian Alexander Armstrong.

The show features members of the Squirrel Club exploring, learning and overcoming challenges to earn a new badge from Duggee, the large, lovable dog.

Hey Duggee has released more than 25 original songs for fans, as well as other favourite songs from the show.

The children’s show recently teamed up with Sir David Attenborough for a special episode where he lent his voice to help show the young viewers the importance of plants in our lives.

BBC Studios and CBeebies recently announced it had commissioned a fourth series of the popular animation series.