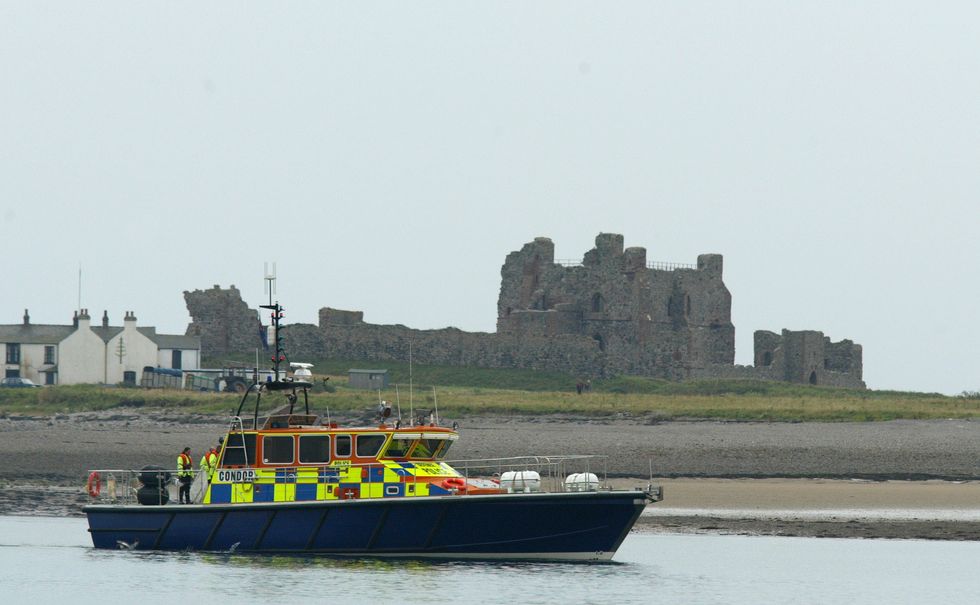 A police launch patrols the Walney Channel near Piel Castle near Barrow-in-Furness, Cumbria, ahead of tomorrow’s arrival of two ships carrying radioactive material for the Sellafield nuclear re-processing plant. * A fleet of up to 20 protesting boats, led by Greenpeace’s Rainbow Warrior, were in the south of the Irish Sea to highlight what they describe as the dangers of nuclear material.
PA Archive/PA Images - Phil Noble

A job offering applicants the opportunity to become the “monarch” of a remote island off the coast of Cumbria has attracted nearly 200 responses from across the globe.

The successful job hunter will have the title of “King” or “Queen” of Piel Island bestowed upon their head – along with ale -in a coronation ceremony of uncertain origin, involving them sitting in an ancient chair, wearing a helmet and holding a sword while alcohol is poured over them.

Stewardship of the Ship Inn pub on the island, on a 10-year lease, is the main requirement of the post, along with caretaking the island, which lies half a mile (just under 1km) off the coast of Cumbria, only accessible by ferry and popular with tourists.

An English council is seeking someone to run the solitary pub on Piel Island, off the country’s northwest coast. Tr… https://t.co/hZfNGsCa8k
— The New York Times (@The New York Times) 1643028605

The job has featured in the New York Times and Radio Canada, and Barrow Borough Council, the custodian of the island, which has its own 14th century motte and bailey castle ruin, has had around 190 applicants.

The applications are currently being considered by the king-makers at the Town Hall in Barrow.

The coronation ceremony is said to be due to the landing in 1487 of pretender to the throne of England, Lambert Simnel, and is most likely to have begun as a slightly mocking homage to this event.

Simnel’s rebellion was crushed and he ended up working as a domestic in the royal household.

However, the tradition continued, and became an important part of local folklore and island history with recorded landlords of the Ship Inn dating back to 1746.

The new landlord and monarch is wanted to be ready for the new summer season and will start the job on April Fool’s Day.

Please log in or register to upvote this article
Cumbria