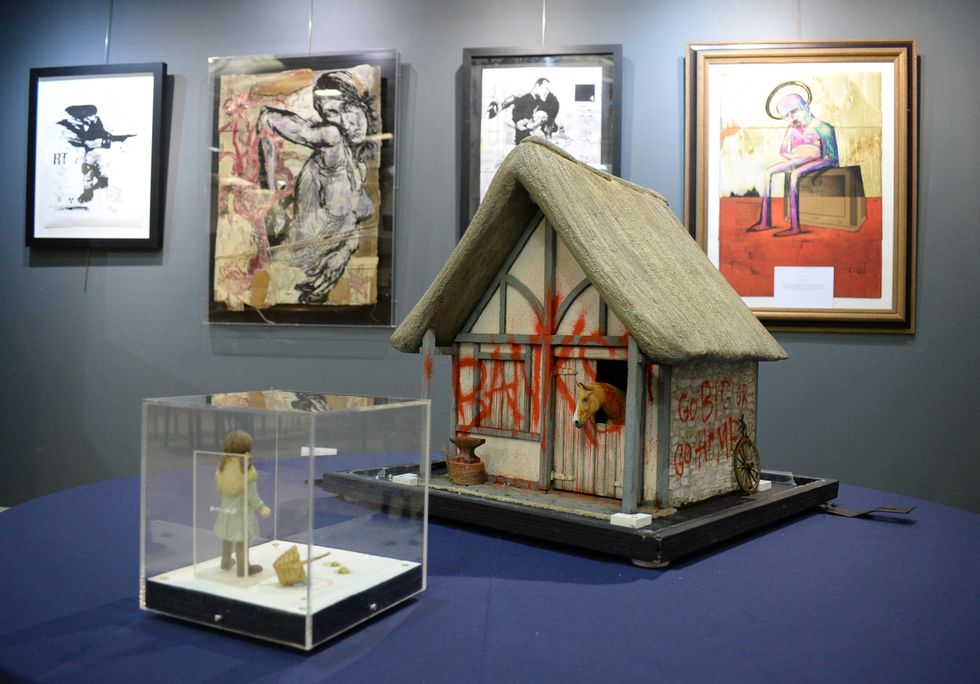 The Merrivale Stable, a piece by Banksy, which has sold for £1m including fees (Anderson & Garland/PA)

A miniature stable made by the artist Banksy and secretly added to a seaside model village attraction has sold at auction for £1 million.

As part of his Great British Spraycation tour, the anonymous creator made the Merrivale Stable, which was slipped in to the Merrivale Model Village in Great Yarmouth last summer.

The model village owners decided to sell amid fears the piece could be stolen and sold it at auction on Thursday.

The piece as it looked in Norfolk (Anderson & Garland/PA)

Frank and Frances Newsome were delighted with the price fetched, with the money securing the future of the attraction.

The stables were signed by Banksy and daubed with the words “Go big or go home”.

Newcastle-based Anderson and Garland Auctioneers said there was global interest in the piece, which was bought by a private UK collector.

The salesroom’s managing director Julian Thomson said: “From the moment this great story hit the press it grabbed the attention of collectors from across the globe. Interest was high and that ultimately produced plenty of bidders on the day.

“There was a fantastic buzz in the saleroom and, after a bidding battle, the hammer finally came down, achieving a great result for the client.”

Mr Newsome said: “My family and I are absolutely delighted with the result achieved today.

“It’s a fantastic result for the park.

“We put our trust in Anderson and Garland and they didn’t let us down.”

Auction of Banksy piece raises £81,000 for children’s hospital in Ukraine

Please log in or register to upvote this article
BanksyGreat Yarmouth