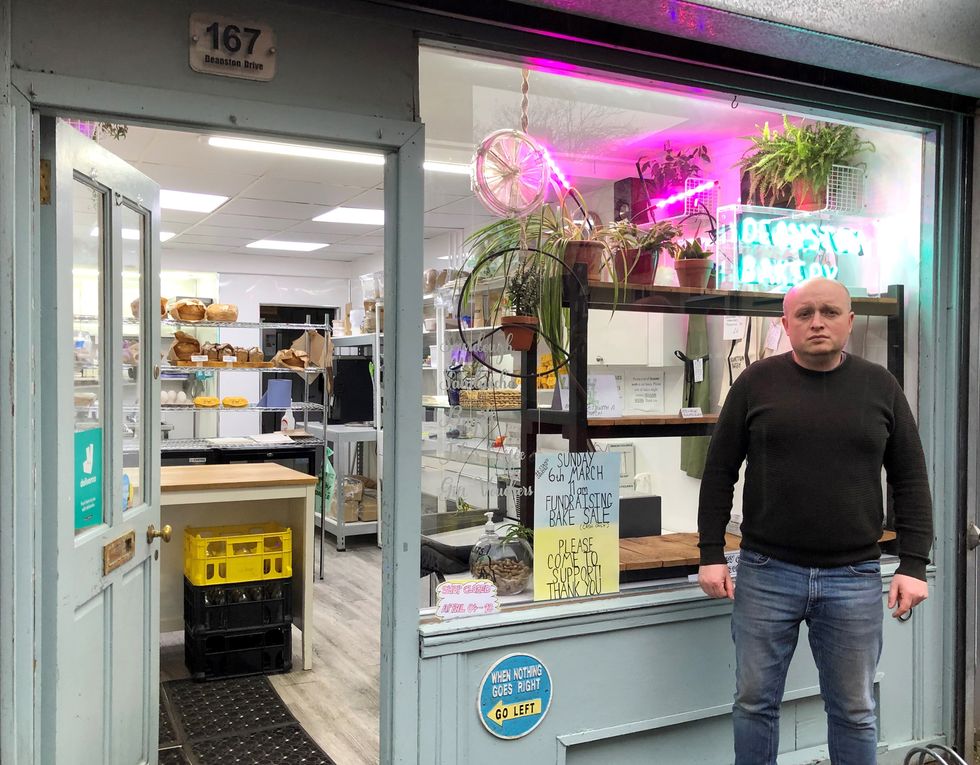 A mystery donor has matched the amount raised by a baker’s fundraising sale to help those affected by the conflict in Ukraine, with the total now at more than £78,000.

Yuriy Kachak, from Ukraine, organised the sale at Deanston Bakery in Glasgow on Sunday which raised more than £30,000.

Hundreds of people queued around the block to buy cakes, buns and other baked treats prepared by Mr Kachak and his team, alongside home-bakes donated by local people.

After the sale, the bakery set up a JustGiving page so that people could continue to donate, with funds going to the Disasters Emergency Committee (DEC) Ukraine appeal.

In a post on Instagram on Wednesday, the team said that a mystery donor had added tens of thousands to the total.

They wrote: “We wanted to share with you that overnight we had an anonymous donor on our JustGiving page who matched the funds we raised together.

“Thank you to each and every single person who has donated to help us reach this incredible amount for the DEC Ukraine Humanitarian Appeal.”

On Thursday morning, the amount raised had risen to £78,424.

Mr Kachak, who is from the Ivano-Frankivsk region in western Ukraine, has lived in the UK for 19 years and moved to Scotland four years ago.

He runs the popular bakery with his wife Svetlana, who is from Latvia, and his mother and brother also work there.

Mr Kachak previously told the PA news agency that he decided to organise the fundraising initiative as he felt “helpless” when news of the Russian invasion unfolded and decided to use his skills to do what he could to help people affected.

The JustGiving page can be found at https://www.justgiving.com/fundraising/deanstonbakery

Please log in or register to upvote this article
GlasgowUkraine