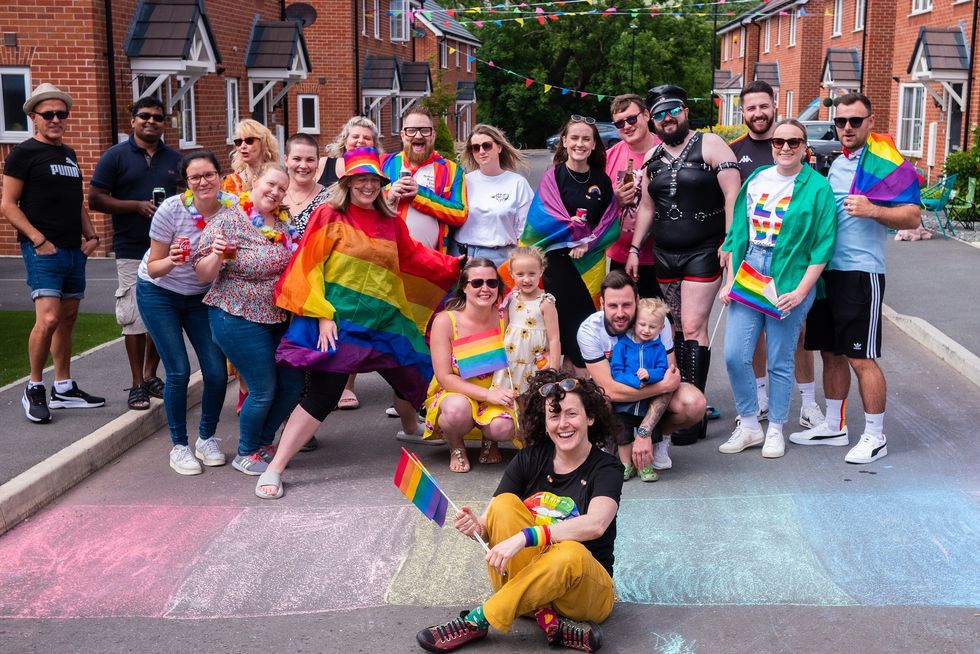 Around 40 residents in Warwickshire hosted an 80-metre Pride march – one of the world’s shortest – for a third year.

People living on Batt Close in Rugby created costumes and decorations to make the road shimmer and sparkle on Saturday.

The tradition is a “special event” for those on the road as it shows the community is “a safe space” for everyone to be themselves.

“This really is the little Pride that could,” Batt Close resident Rachel Bunce said.

“Once again, our street has rallied behind a message of love and hope to organise such a special event for us all to be proud of.

“For us, Pride begins at home, and its message of community and inclusivity is one that certainly resonates among us all as neighbours.

“Batt Close Pride is for everyone – whether part of the LGBTQ+ community or an ally – and it shows that our community is a safe space for us all to be ourselves.”

Children living on the street helped create a rainbow crossing in chalk as each home was decked in celebratory rainbow bunting.

After the parade, neighbours came together to host high heel races, enjoy food from a barbecue and dig into a Pride-themed cake.

The wax raised £100 for the charity and others were given the chance to pull off a strip in exchange for a donation.

Resident Ben Porcel said the group “strutted and stomped” along the road enough to rival the largest of Pride events.

“Batt Close Pride may be small, but it was certainly fierce,” Mr Porcel said.

“During the parade, we strutted and stomped along our road with as much passion and vigour as you would expect from larger Pride events.

“I am humbled to live among people who share the belief that everyone deserves to live free and equal, and that is incredibly empowering as we strive to make change together.”

Those of Batt Close hope to continue holding the event annually.

In Pictures: Pride parade returns to streets of London

Please log in or register to upvote this article
Pride