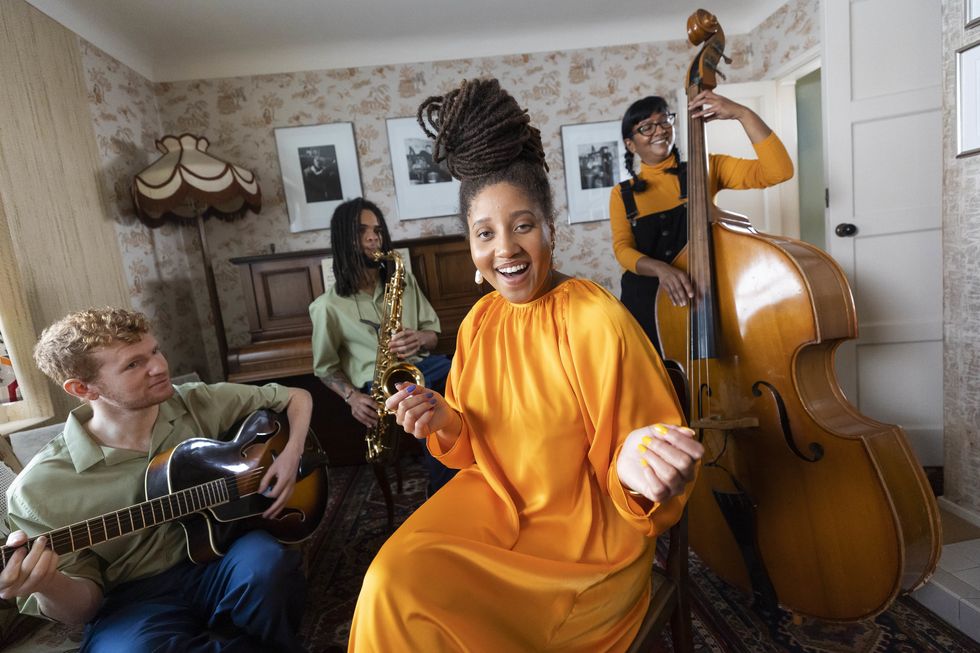 The Beatles’ debut single Love Me Do has been performed by new artists in the front room where it was written, 60 years on from its release.

A picture showing Sir Paul writing with John Lennon in the same room was also released on the anniversary.

Sir Paul McCartney and John Lennon at 20 Forthlin Road, where the McCartneys moved to in 1955 (Mike McCartney/Genesis publications/PA)

The photo, taken by Sir Paul’s brother Mike McCartney, was shot in November 1962 and shows Lennon with a guitar as Sir Paul holds notes.

The home, 20 Forthlin Road, is now looked after by the National Trust and has been recreated to look exactly as it did when Sir Paul grew up there.

The performances will be available to view on the National Trust YouTube channel from Wednesday and the acts will also have the chance to record original music at the house.

Mike McCartney said: “Sixty years on, it’s a pleasure to welcome Ni Maxine and TRAITS to perform here, letting them add to the musical history of the house and showing everyone the incredible creative talent that continues to come from working-class Liverpool.

“We want our little house to continue to inspire new creative generations and I love that the National Trust is making that happen.

“Our message is: something extraordinary can happen whoever or wherever you are, with creativity and love. Everyone is welcome here and we hope everyone is inspired here.”

Ni Maxine said: “It is such an honour to have been asked to record a version of The Beatles’ debut single Love Me Do, 60 years on, at 20 Forthlin Road, in the year of the release of my debut single Strange Love.

“Being able to take a song loved by many and reinvent it has been an unforgettable experience and I hope it helps the song to reach the next generation.”

We want the house to keep inspiring new generations, just like it did for Paul and Mike, whether it’s music, photography, art or writing

Kieran McCarthy, lead singer of TRAITS, said: “Our song-writing and our sound are all inspired by what happened here.

“The Beatles are the bible for song-writing, all inspirations can be drawn from them in one form or another. Their craftsmanship of song-writing inspired modern music as we know it.”

The McCartneys moved to Forthlin Road in 1955 and within a year their mother Mary died, leaving her husband Jim to raise 14-year-old Sir Paul and 12-year-old Mike alone.

Simon Osborne, general manager of National Trust Liverpool properties, said: “The face of popular music culture was changed forever because of what happened here at this post-war council house.

“The songs written at Forthlin were the start of a different world and you can still feel the buzz of creative energy from the walls.

“We want the house to keep inspiring new generations, just like it did for Paul and Mike, whether it’s music, photography, art or writing. The places of nature, beauty and history we look after are for everyone, forever.”