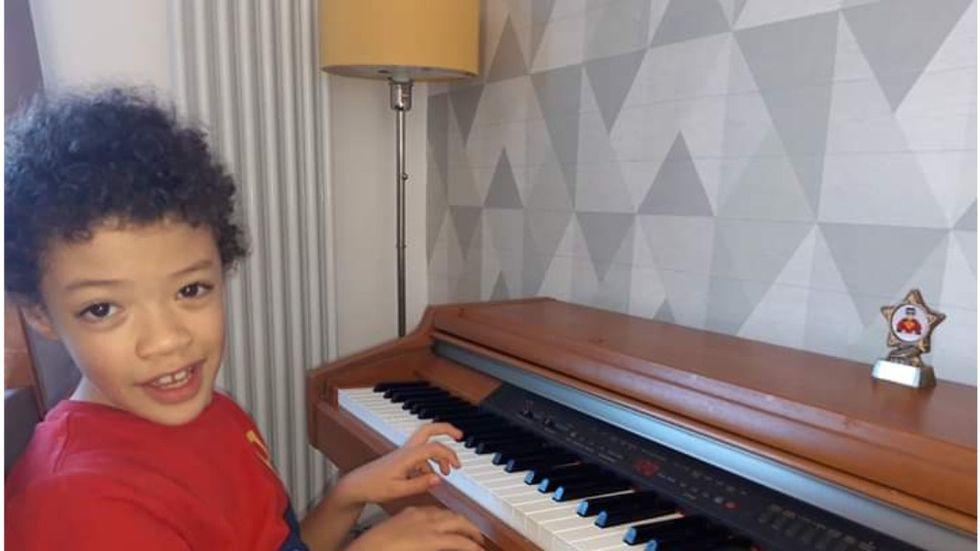 Lennie Street, who wowed the internet during the Covid lockdowns by playing scores of songs on the piano, has closed his fundraising effort after raising £20,000 – more than 25 times his target (JustGiving/PA)
PA Media - JustGiving

A 10-year-old boy with cerebral palsy and hydrocephalus who wowed the internet during the Covid lockdowns by learning scores of songs to play on the piano has closed his fundraising effort after raising more than 25 times his target.

Lennie Street, from Morley, West Yorkshire, cannot stand or walk independently but loves music and decided to challenge himself during lockdown to play 100 songs picked by his supporters.

His mastery of everything from Beethoven to Justin Bieber and Stevie Wonder became an internet hit as he got support from the likes of Gary Barlow, Marcus Rashford, Peter Andre, Sophie Ellis-Bextor, Nigella Lawson, Martin Kemp, Jo Whiley and Johnny Vegas.

Lennie’s initial target was just £750 but on Thursday he handed over more than £20,000 to his special school – Paces, in Sheffield, which wants to build a new home and be the Yorkshire hub for conductive education.

The school said a new centre will allow more children with special needs, like Lennie, to be taught life-changing skills – such as sitting, standing, walking, speaking, communication and self-care.

One of Lennie’s classmates at Paces is another inspirational fundraiser – “Captain” Tobias Weller, who last December became the youngest person on record to be included in the Honours list.

Lennie Street hands over the cash he has raised to Julie Booth, head of fundraising at Paces School in Sheffield (Paces School/PA)

Julie Booth, head of fundraising and communications at Paces, said: “Lennie is an absolute superstar and we cannot thank him enough for his incredible fundraising.

“His incredible fundraising efforts will help so many young people from across Yorkshire to have the life-changing opportunity to experience conductive education in a state-of-the-art environment at our new home for Paces School.

“Thank you so much, Lennie. We love listening to your music and we know from the amazing support you have received that we are not alone.”

Sheffield tries to sell itself as the perfect Eurovision host