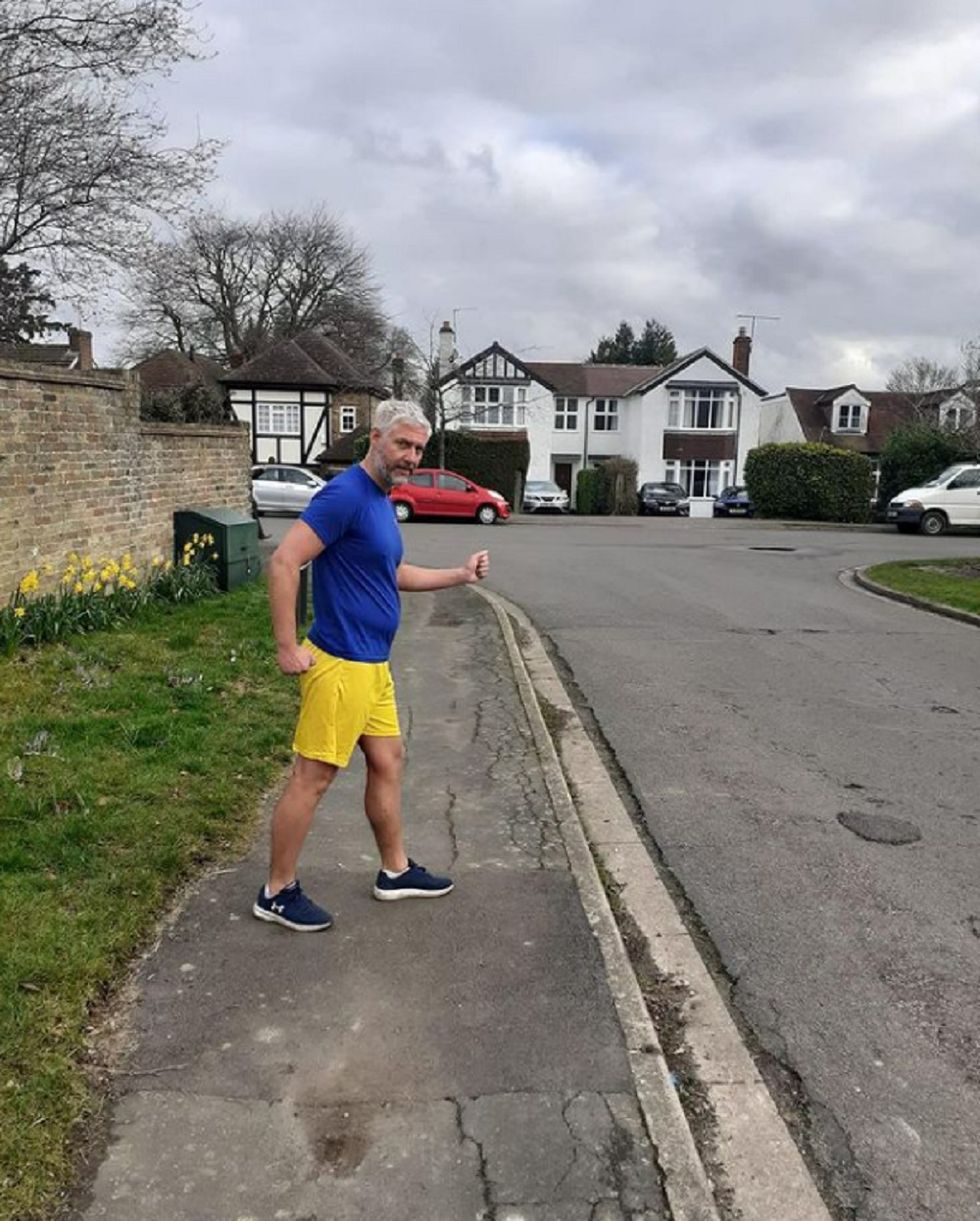 Tom Harrison has walked from Land’s End, Cornwall, to London with no money, relying on strangers for food and accommodation (Tom Harrison/PA)
PA Media - Tom Harrison

A policeman has praised the “heroes in their own right” who have given him food and a bed to sleep in during a 263-mile walk from Cornwall to London with no money.

Tom Harrison from Amersham, Buckinghamshire, has raised more than £4,000 for the British Red Cross Society’s Ukraine Crisis Appeal by walking across the country – a Ukrainian flag attached to his rucksack flying behind him – and knocking on the doors of over 100 houses asking for food or a place to stay.

The 46-year-old Metropolitan Police officer set off from Land’s End on September 12 and will arrive at Parliament Square on Thursday.

The father-of-two told the PA news agency: “It was daunting at first, because I’ve never really been in that position where I’m having to knock on someone’s door (and say), ‘This might sound ludicrous, but I’m walking from Land’s End to London and I have no money.’

“The first place I stopped, it was an elderly couple who lived on a road leading up from Land’s End on the north coast of Cornwall.

“They said: ‘Come on in, have a cup of tea and some breakfast.'”

Mr Harrison has aimed to walk around 20 miles a day, venturing through Hayle in Cornwall, Yeovil in Somerset and Basingstoke in Hampshire.

He has been given biscuits, lunches and even a bed in a stranger’s pool house.

“Anyone who can make a cup of coffee, you made this journey possible – without you, I wouldn’t have been able to do this,” he said.

“One girl gave me her sandwich that she made for lunch.

“They are heroes in their own right and they’ve been part of my story.

“It has made me value home… There’s one thing having money in your pocket so you can spend it and another thing just having a home, I’m going to be much more appreciative of that.”

Formerly known as Mr Gorilla after completing various fundraisers dressed in a gorilla costume – including crawling the London Marathon in 2017 – Mr Harrison pledged himself to the trek in solidarity with “all the Ukrainian people”.

He added: “Their suffering has been far beyond mine.

“Losing their homes, relatives and friends killed, having to flee the country.

“Really my day-to-day, the fatigue and finding food or accommodation, is nothing compared to what (they have been through).”

While documenting his journey on Instagram, Mr Harrison has even secured a free stay at a hotel.

He hopes to spend his final night with an aunt and uncle in Mortlake, west London.

“They’ve helped me out on lots of charitable ventures I did up in London and (I want) to include them in my journey,” he said.

Mr Harrison said the money raised will “make a difference” to Ukrainians.

“I know the Red Cross have been putting together a pack for when people arrive in the UK,” he said.

“I want to thank everyone who’s donated, whether that’s money, food, (and) made this possible.

“I hope it inspires people to do their own little challenge.”

Mr Harrison aims to finish his walk in time to pick his son up from afterschool club.

To find out more about his trek, go to: www.justgiving.com/fundraising/landsendlondon.

Please log in or register to upvote this article
charityMet PoliceUkraineUplifting