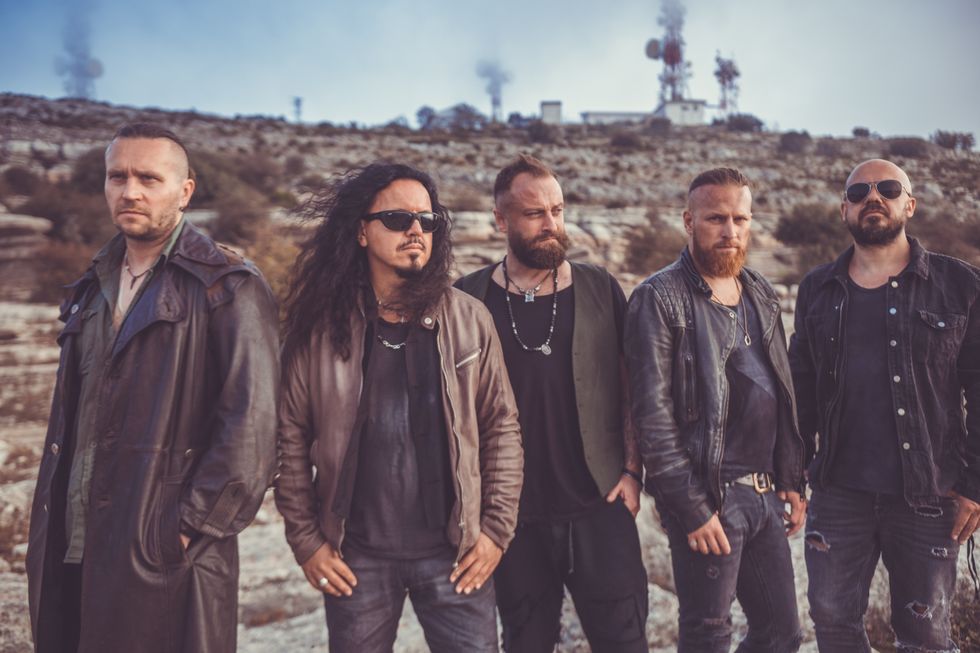 Polish rock band Chemia have praised their Ukrainian neighbours’ “fight for freedom” after halting the promotional campaign for their new album to help with the humanitarian effort.

Guitarist and founder Wojtek “W” Balczun said the group had been helping to co-ordinate support for refugees arriving over the border, as well as sending bus-loads of food into Ukraine.

The Warsaw-based outfit have also been performing a new version of their song Hero featuring Ukrainian lyrics at concerts, and the track has received widespread radio airplay in the country.

More than three million people have fled Ukraine since Russia began its invasion, with many passing through the border into Poland.

Chemia, who formed in 2010, have performed alongside acts including Guns N’ Roses, Bring Me The Horizon and Red Hot Chili Peppers, and also share close bonds with a number of Ukrainian rock outfits.

Balczun told the PA news agency: “We know a lot of different bands. We have played with one of the most popular bands in Ukraine, Antytila, and we have gone on a stadium tour in Ukraine two years ago.

“This year we planned to play another big tour with Boomboks, another very popular Ukrainian band.

“But all those musicians, all the band members, are now involved in the war. They are in the army and they are fighting for freedom.

“We can say only that our hearts are with them. We are doing our best to support them and we strongly believe that we will be able to play together in Ukraine and Poland and other countries in the world.”

Balczun described the reaction of the Polish public to the influx of refugees as “absolutely fantastic”.

He added: “It is a huge motivation for us also, to be strong, to keep our position, because the whole of the free world is united now.

“This also includes artists who understand the risk and understand what Russia is doing against the free world.

“It is not against Ukraine, it is against the whole free world.”

Poland is reported to have received more than 1.8 million refugees since the Russian invasion began.

Balczun said he had not been operating in one refugee camp but across large parts of the country, with Warsaw as his base.

“Frankly speaking, the whole of Poland is a refugee centre now,” he told PA.

“It is not some particular camps dedicated to organising services for refugees.

“I think Polish society, it is a big surprise because when there is a peaceful situation we are more or less divided from the political to the mental.

“But now that we feel this risk just around the corner, we are so united.

“It is a beautiful story that the whole society decided to support refugees without any government support (initially).”

A portion of the proceeds from their forthcoming album Something To Believe In will go to the Polish-Ukrainian Institute of Assistance and Development.

Due for release on April 29, the album was produced by Duran Duran star Andy Taylor, who also worked on the lyrics.

Please log in or register to upvote this article
PolandUkraine