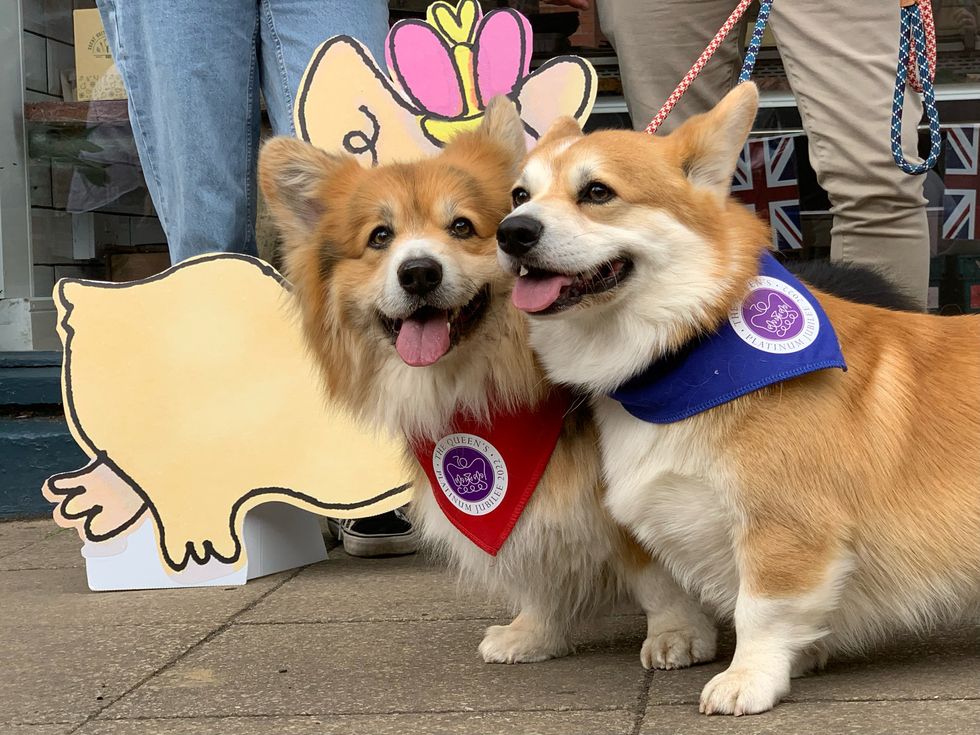 Flag-waving crowds in a Warwickshire town have been celebrating the “unifying” influence of the Queen with the help of corgis and an Elvis impersonator.

More than 1,000 people gathered in the market square of the historic town of Warwick on Thursday, marking the Platinum Jubilee.

The town crier Mike Reddy, in full regalia and tricorne hat, formally opened the festivities, booming out an official proclamation at noon.

More than 1,000 people turned out to mark the Platinum Jubilee in Warwick (Richard Vernalls/PA)

Pipe Major Andy Walker, joining hundreds of others at events up and down the country, then played Diu Regnare – Latin for “long to reign” – penned especially for the occasion.

The town had been decked out with bunting, Union flags and other regal-themed items, including papier mache crowns in shop displays and a pair of knitted regal bonnets for street bollards outside the museum.

A corgi trail for children also meant there were dozens of illustrated images of the Queen’s favourite dog breed popping up inside shop windows, with youngsters challenged to find all 70.

During the day, Monika Katona brought along her corgis Dobi and Lemmy, to the delight of many in the crowds, who posed for photographs with the pair, both wearing jubilee neckerchiefs.

Asked why she thought the Queen was such a fan of the breed, Ms Katona said: “They are funny, they are so cute; their short legs, their smiles – and their big corgi butts.

Addressing the crowds, who earlier sang God Save The Queen, mayor of Warwick councillor Richard Edgington said: “It shows what a great unifying figure Her Majesty the Queen is, and her achievements over so many years.”

Mr Edgington said Warwick had turned out with “pomp and ceremony”, and praised businesses, schools and residents for planning the celebrations.

He added: “Seeing what has happened over the last few months and the last couple of years (with Covid) it actually makes you realise what a unifying figure she is.

“To see what she’s done over the 70 years – she does an amazing job, still doing everything she can, a splendid job.”

He added: “I’ve been the mayor for a year, it’s been an absolute honour – but it’s very tiring.

“So after 70 years, she must have unrivalled endurance.”

As the wine and beer flowed, a 75-year-old Elvis impersonator bawled out classics from the rocker’s repertoire and even took corgis Dobi and Lemmy for a dance around the market square.

Mandy Hickman, with her daughter Naomi – both wrapped in Union flags – said: “The Queen means the world to us, and that’s why everybody has turned out today.”

Also among the crowds, Paul, wearing a red, white and blue sun hat and holding a glass of beer, said: “I’m not a heavy royalist but she does a good job, and she’s been doing a good job for so many years.

“It brings everybody together – and the weather helps.”

Julie, sitting nearby with a glass of wine, said she was there “supporting the Queen and celebrating the jubilee, like everyone else”.