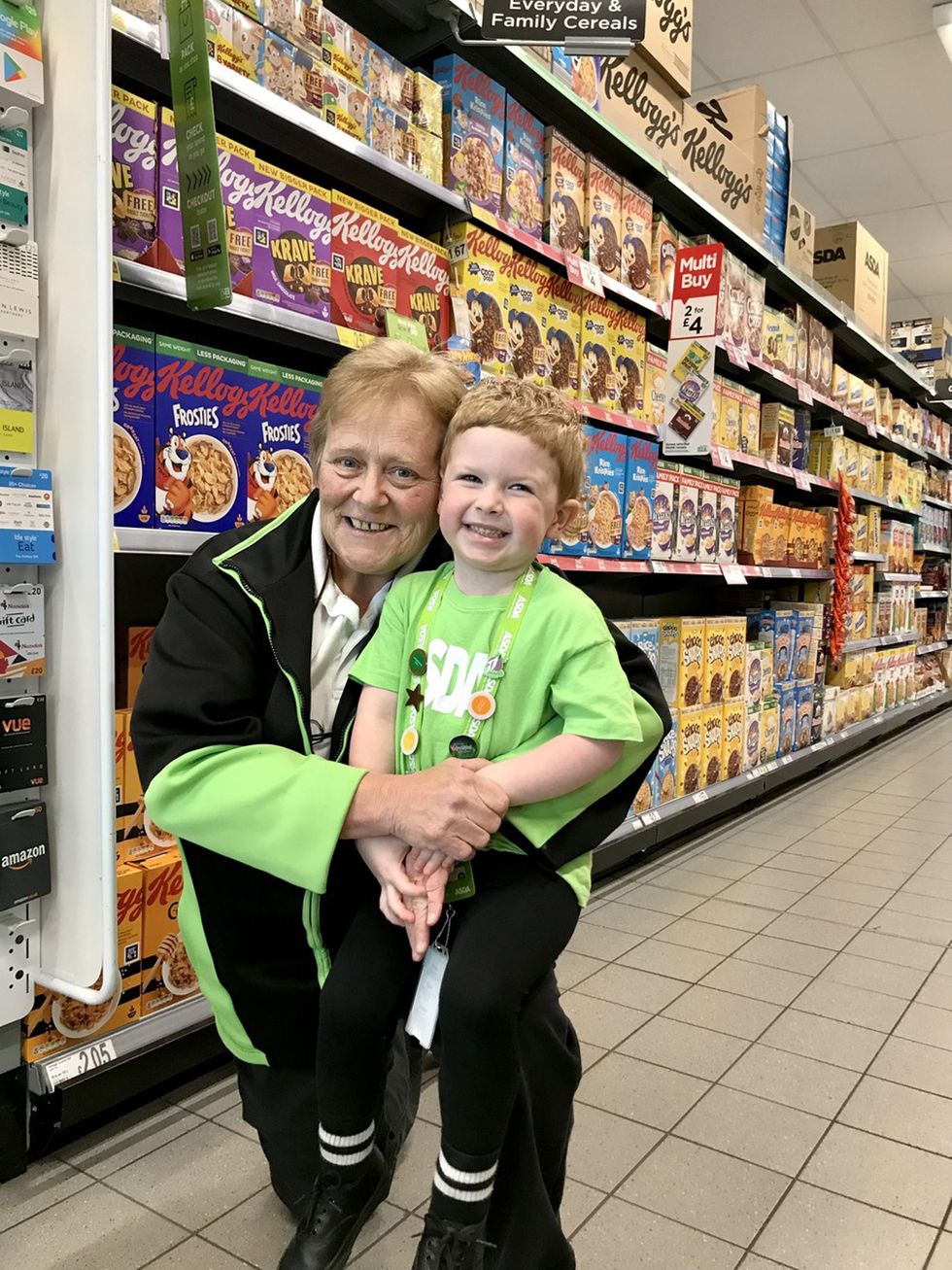 A supermarket shopper has heaped praised on a store worker after she forged a remarkable friendship with a little boy with autism.

Bex Wickens said Mags Lunn is “an incredible human” after she transformed her three-year-old’s shopping experience at the Asda store in Darlington.

Her son Hudson used to find shopping overwhelming, but Ms Lunn has gone out of her way to look after him and he now makes a beeline for her and gives her hugs whenever he sees her.

His mother said while some shoppers would stare and make comments if Hudson got upset in the store, Ms Lunn and her colleagues would work to defuse the situation and help him calm down.

The shop assistant even made him a green branded T-shirt to wear.

He is such a fan of the store that he has his own mini-Asda at home and likes to visit the real shop up to four times a week with his mother and 10-month-old sister Tiny.

Ms Wickens said: “Mags truly is an incredible human – I love watching how they are together.

“Hudson hunts her down every time we go shopping and goes back in at least five times to hug her – which is special in itself because he’s not all that big on affection.

“She’s witnessed the meltdowns that shopping used to cause and made him feel at ease in an environment he’d usually find overwhelming.

“Just by being herself she’s made my life easier.

“She loves him just as much as he loves her.

“She’s told her family about him and  Hudson will tell anybody who will listen about her.

“In the last six months he’s built friendships with most of the people in the store, but everybody knows Mags is his golden girl.”

Sometimes he goes out of the shop, comes back in and crawls under the barriers to get a second hug – and sometimes he gets a third or a fourth

She added: “Mags is such a big part of our lives now. The world needs more people like her!”

Ms Lunn, who’s 60 and has a son, Mark, and three grandchildren, has worked for Asda for  20 years.

She said: “Hudson really is such a sweet little boy – he’s just so adorable.

“There’s just something about him. He’s such a lovely lad. He makes my heart melt.

“One of my grandsons is autistic so that is why I feel I relate to Hudson so much.

“I always get a hug from Hudson every time he comes in.”

“Sometimes he goes out of the shop, comes back in and crawls under the barriers to get a second hug – and sometimes he gets a third or a fourth.”

Someone had their toilet rolls order substituted for sausage rolls

Please log in or register to upvote this article
AsdaAutism