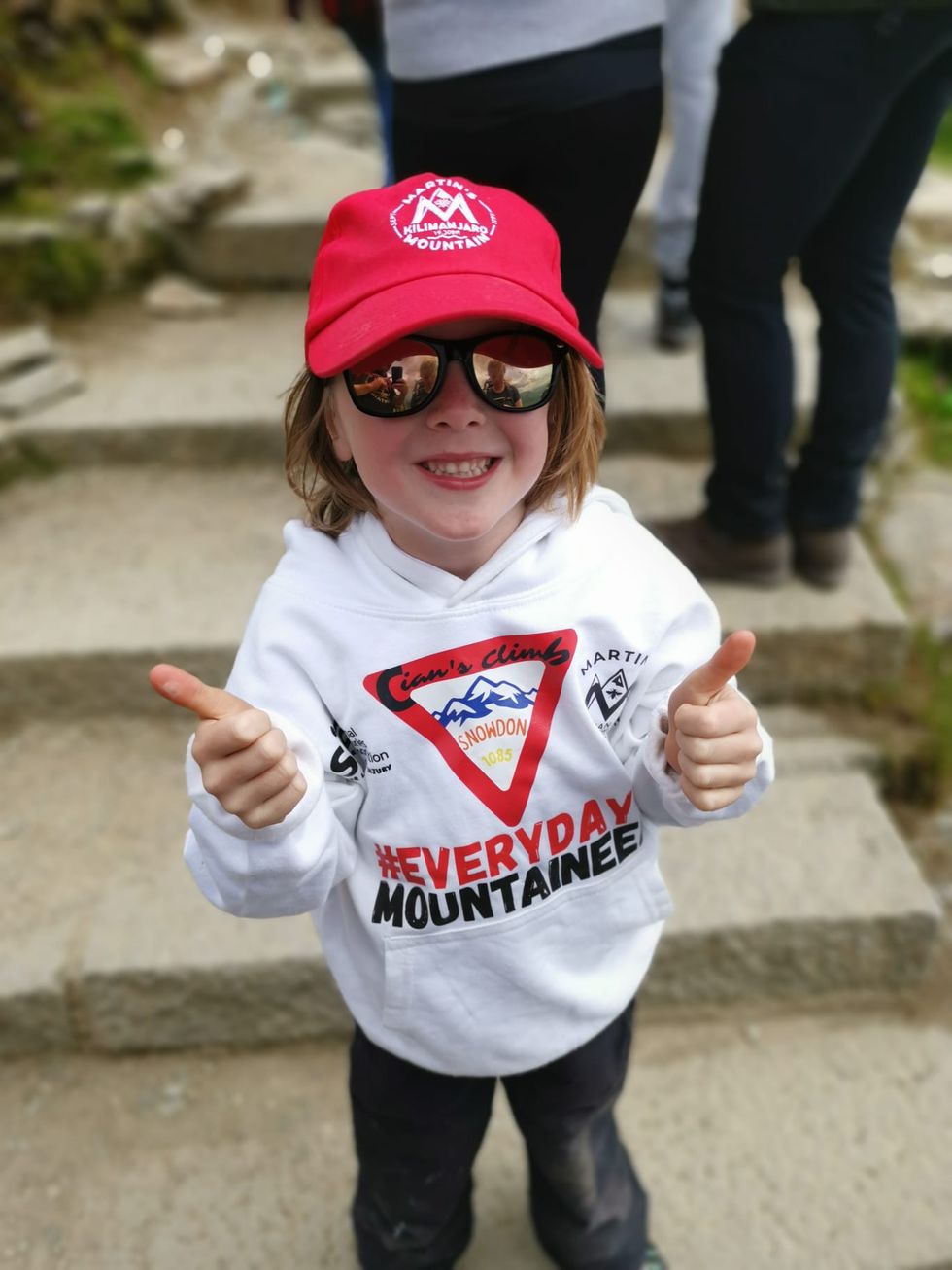 A six-year-old boy has nearly climbed the equivalent height of Mount Kilimanjaro in aid of a charity supporting those with spinal injuries.

Cian Paton, from Salisbury in Wiltshire, has completed 17,389ft of Kilimanjaro’s 19,000ft since he first began tackling the UK’s highest peaks in June 2021.

Cian, who has raised a total of more than £700 for the Spinal Injuries Association (SIA), plans to finish the challenge on May 1 by taking on 2,906ft Pen-y-Fan in Wales.

He was inspired by his father Christopher, who is scaling the real Kilimanjaro in support of Manchester Arena bombing survivor Martin Hibbert – a cause which has already surpassed more than £410,000 in donations for the SIA.

Mr Paton, 40, told the PA news agency: “The response that people give Cian as we’re going along, it’s heart-warming to see.

“Giving him high-fives… multiple people I heard say, ‘Well he’s doing it, that means we can do it.’

“And Cian said he would hate for other people not to be able to do what he can go out and do – that’s where the money raised can help support people to do these things.”

Mr Paton, a spinal nurse, has teamed up with a group of 11 in a bid to raise £1 million for the SIA.

The campaign, Martin’s Mountain, is named after Mr Hibbert, who sustained a paralytic spinal cord injury in the bombing in 2017.

Mr Hibbert will join Mr Paton on the seven-day trip towards the summit in early June – helped by a specially-adapted Mountain Trike – in aid of those who face similar life-changing spinal injuries.

Mr Paton said: “I explained to Cian that other people don’t get to do this – there’s people who have problems in their lives that stop them being able to do this stuff.

“That was, I think, what spurred him on.”

The youngster aims to raise £2,500 through Cian’s Climb, which will go towards the Martin’s Mountain fund for the SIA and is part of the #MY19 challenge.

The online challenge is encouraging people to do any form of activity outside for 19 minutes or incorporating the number 19 in some way.

Often joined by his mother Susan and four-year-old brother Ronan, Cian has taken on six UK peaks so far, including 3,560ft Snowdon last year and 1,759ft Fairy Castle in Dublin – but his favourites have been Glyder Fawr and Glyder Fach in north Wales because of “all the rocks you can climb up”.

He added: “When I did the Glyders, there was snow up there, it was so cold.

“It was actually quite hard, but it was my favourite.”

Cian was even given the opportunity to present the Princess Royal – a patron of the SIA – with flowers after he climbed Snowdon last year.

His father said “We went to Fortnum & Mason in London and he got to meet Princess Anne.

“I went through all the stuff he shouldn’t do – you know, don’t pick your nose, all that stuff.

“Then he just stood there with his hands in his pockets the whole time because I forgot to mention: don’t put your hands in your pockets.

“But she said, ‘I’ve got to keep you close because I ride horses.'”

Mr Paton said the challenge is about “making people with spinal injuries be able to have a level playing field with people without spinal cord injuries”.

“There’s so many things you can’t do with a spinal injury and it’s not climbing mountains or learning to abseil,” he said.

“It’s going to that shop that’s got a step.”

Mr Paton said Cian is even eyeing a record with his climbing, with a long-term goal of becoming an explorer when he grows up.

“We looked at the three peaks (challenge) and the youngest person to do that is seven,” he explained.

To donate to Cian’s Climb, go to the www.justgiving.com/fundraising/Cians-Climb website.

Please log in or register to upvote this article
charityMount KilimanjaroSalisbury

Why everyone including Elon is suddenly locking their Twitter accounts