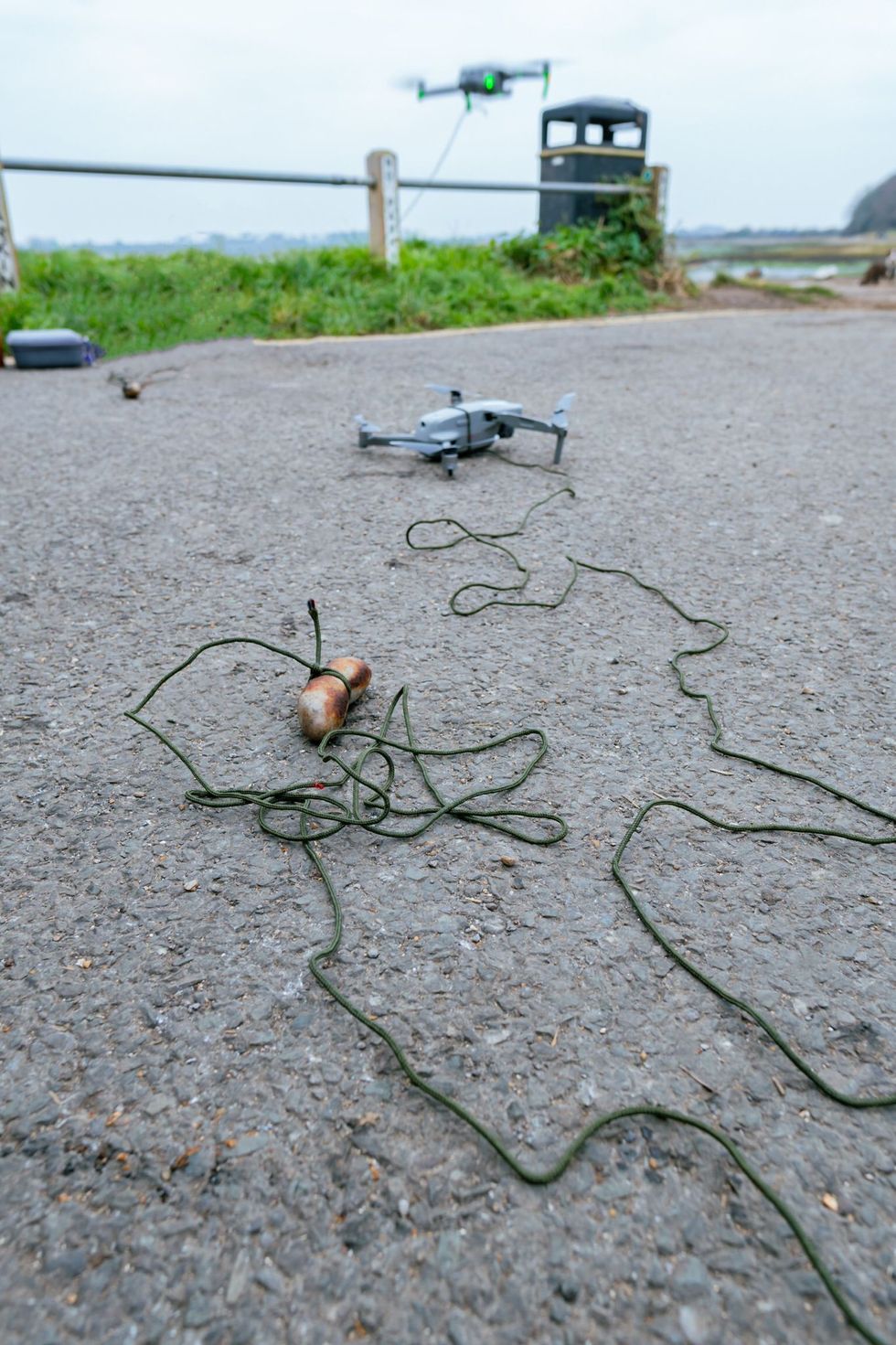 A pet dog was rescued after she was led to safety with a sausage hanging from a drone.

Millie, a Jack Russell-whippet cross, went missing on January 13 when she escaped from her lead on a walk in Havant, Hampshire.

After a search lasting several days, she was eventually located on mudflats – but with the tide coming in and no way to access the area, rescuers from Denmead Drone Search And Rescue had to find a way to get her away from the dangerous area.

A post on the organisation’s Facebook page read: “One of our fully qualified drone pilots suggested attaching food to the drone to try and lure her out of the danger area.”

They sourced a sausage from a local resident and, after checking it did not contravene Civil Aviation Authority regulations, attached it to a drone and flew it over to Millie.

The group’s post read: “We didn’t think it would work, but it did.

“We managed to lure Millie 300m over into a safety zone.

“Luckily she stayed in that area so we had prevented her from possibly drowning.”

The rescue was still not complete though as Millie ran off and was later spotted wandering along busy roads nearby.

She was eventually found and reunited with her owner two days later.

Missing pigeon returns to Teesside after flying 4,000 miles to Alabama

Woman horrified to find 18 live scorpions in her holiday suitcase

Please log in or register to upvote this article
Animal rescueAnimalsdogsHampshireHavant