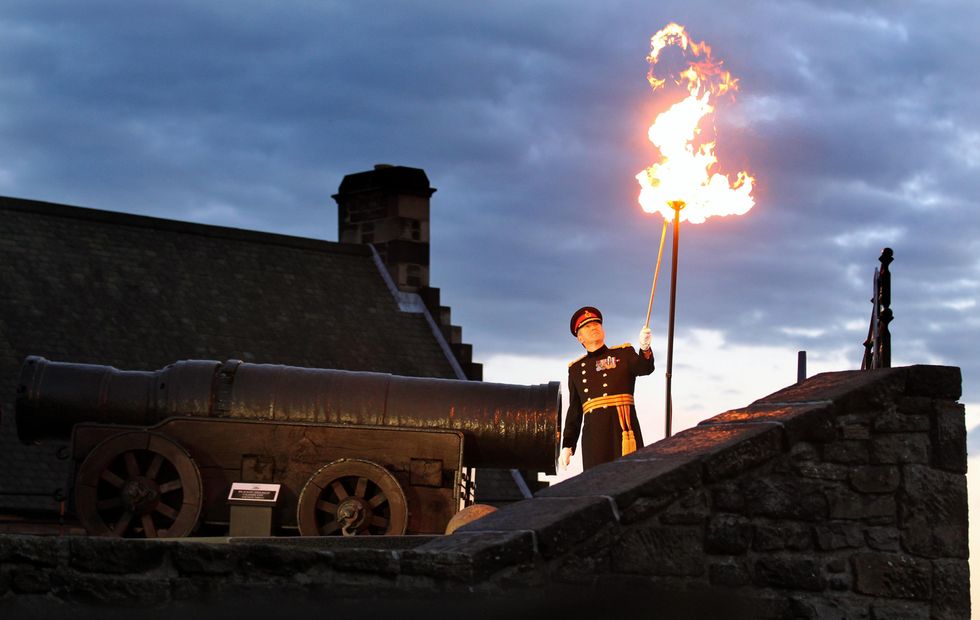 More than 2,800 Platinum Jubilee beacons will be lit across the globe in honour of the Queen’s 70-year reign, organisers have revealed as the two-week countdown to the national celebrations begins.

A network of flaming tributes will stretch throughout the UK, with beacons at historic sites including the Tower of London, Windsor Great Park, Hillsborough Castle, Lambeth Palace and the Queen’s estates of Sandringham and Balmoral.

The first beacons on June 2 – the start of the extended Jubilee weekend – are due to be set ablaze thousands of miles away in Tonga and Samoa in the South Pacific, and the final one in the central American country of Belize in the Caribbean.

The principal beacon at Buckingham Palace – a 21-metre tall Tree of Trees sculpture for the Queen’s Green Canopy initiative – will be illuminated by a senior royal, who has yet to be revealed, late on the Thursday evening.

As well as traditional beacons organised by charities, community groups, councils and other organisations, creative adaptations of the gesture are being staged to commemorate the monarch’s milestone.

Tameside and Glossop Integrated Care NHS Foundation Trust’s sustainable beacon has been made of old and broken hospital beds, which have been melded into a crown-shaped beacon.

It will be illuminated in a light display.

Nine central London bridges across the River Thames will be lit up to form the world’s longest public artwork, entitled Illuminated River, with a celebratory sequence of evolving colour and light.

Several English cathedrals – namely Durham, Ely, Lichfield, Peterborough and Rochester – will be lighting up the night sky red, white and blue, while London’s BT Tower will also be celebrating the occasion.

Scouts are starting at least 70 beacons in tribute to their patron the Queen, ranging from in Cornwall in the south-west of England to the Highlands and Islands, and Merthyr Tydfil in Wales and the Norfolk Broads in the east of England.

In Wilton, Wiltshire, a beacon will be lit in the same place and by the same Scout group as when one was lit on the night of the Queen’s Coronation.

June 2 also marks the 69th anniversary of the crowning of Elizabeth II in Westminster Abbey in 1953.

Girlguiding will also set up to 70 beacons on fire for the head of state, their patron too, while Walking With The Wounded will light beacons on top of the four highest peaks of the UK – Ben Nevis, Scafell Pike, Mount Snowdon and Slieve Donard.

Beacons will be lit in all 54 Commonwealth capitals for the first time, spanning five continents.

Bruno Peek, pageantmaster of the Queen’s Platinum Jubilee Beacons, said: “The Queen has lit up the nation and the Commonwealth for 70 years, and it is only fitting that we do the same for her.

“For the first time ever we are taking beacons all over the Commonwealth, to each of the 54 countries.

“It’s wonderful to see people wishing to take part in so many ways, from traditional beacon lighting and bonfires to lighting up buildings and monuments.”