Unusual homes longlisted for House Of The Year award 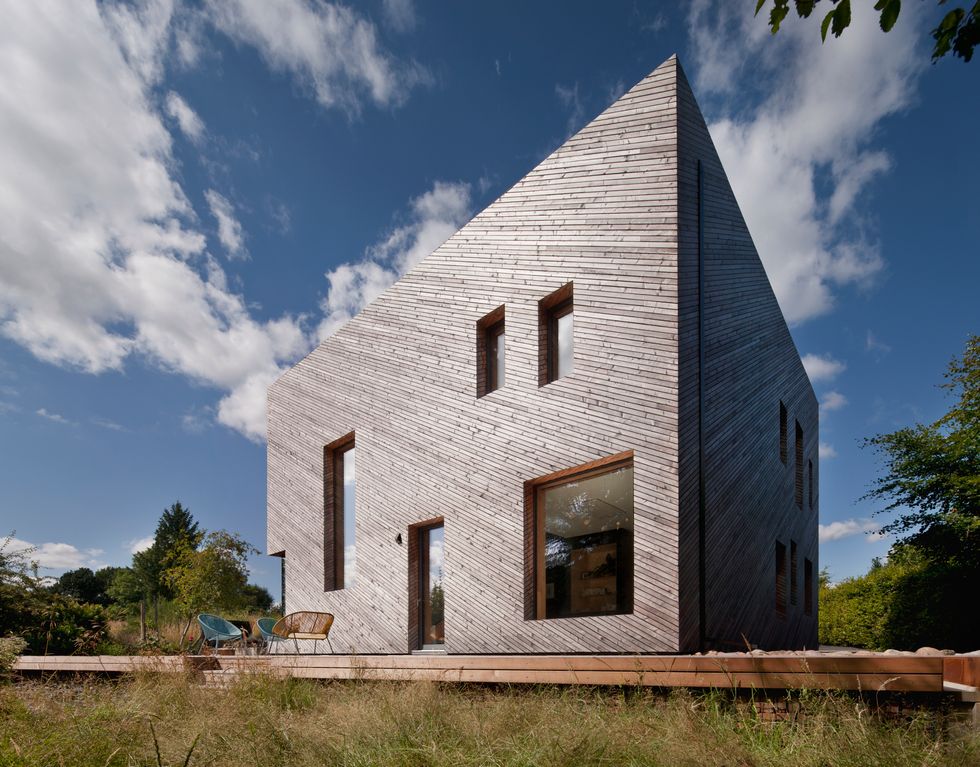 A timber-clad eco-home and a house remodelled from the ruins of a 17th century parchment factory and old cattle shed are in the running for the UK’s best new building.

The buildings are part of a 20-strong longlist selected by the Royal Institute of British Architects (Riba).

The annual award, which was established in 2013, is presented to the best new architect-designed house or extension in the UK.

The shortlist and winner will be featured on the new series of Grand Designs: House Of The Year on Channel 4.

Among the first announced on the longlist is a striking eco-home inspired by the designs of revered Scottish architect Charles Rennie Mackintosh in rural Stirlingshire, titled Ostro Passivhaus.

The next property, named The Parchment Works, is an extension to a Grade II listed Victorian house built from the ruins of a historic parchment factory.

Other projects which have been longlisted include The Library House in London, The Den in Scotland, The Dutch Barn in West Sussex and The Garden Studio in Norfolk.

Previous winners of the top architectural prize include McGonigle McGrath for House Lessans in 2019 and HaysomWardMiller for Lochside House in 2018.