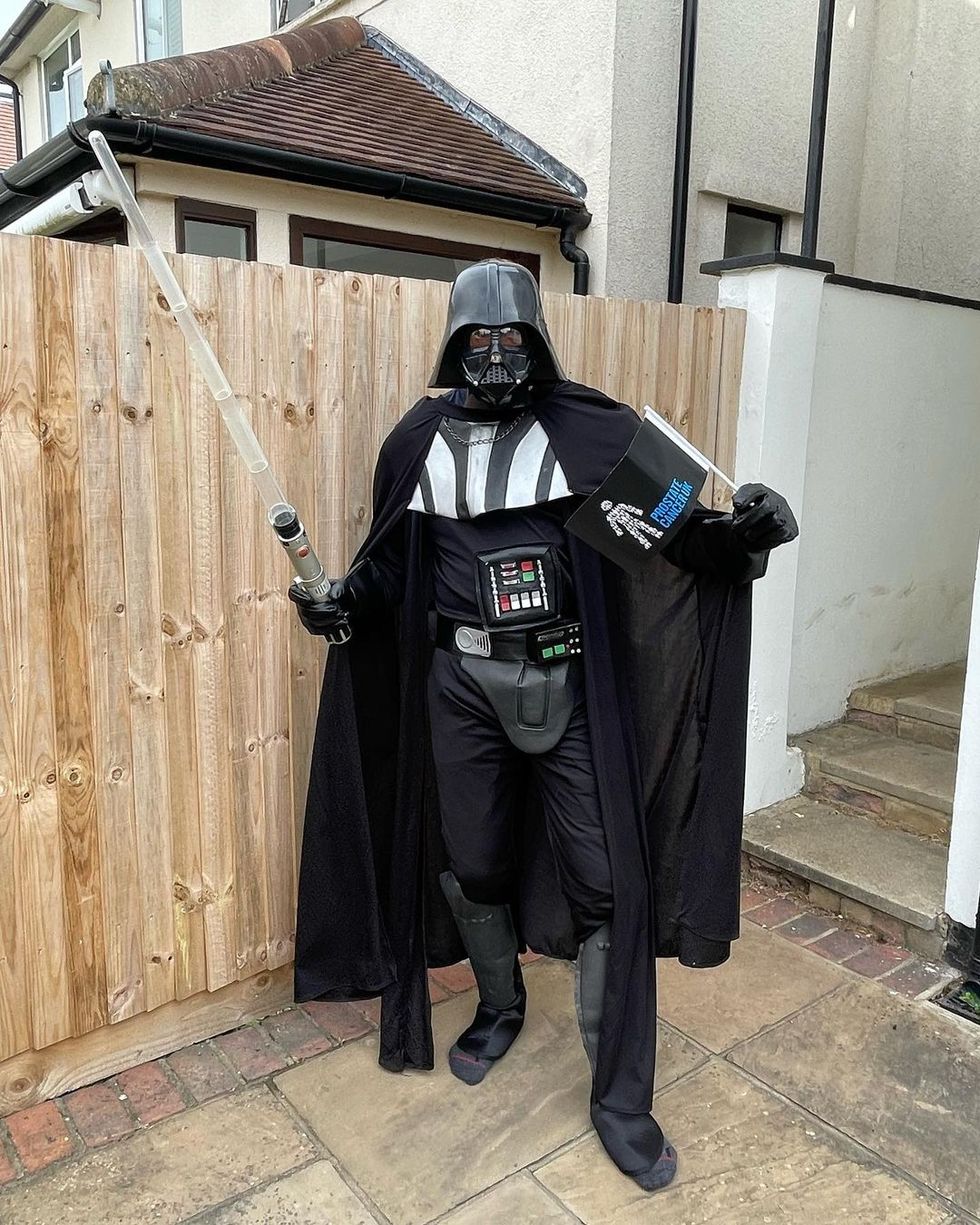 A man who was diagnosed with prostate cancer following a routine health screening will run the London Marathon dressed as Darth Vader.

Simon Best, 59, said he is not expecting to match his previous marathon times so decided to make the event more “fun” by wearing a costume.

Mr Best, from Coulsdon, Surrey, was diagnosed with stage two prostate cancer in February 2021 and is running to raise money for the charity Prostate Cancer UK, which he said has provided him with “fantastic help”.

A blood PSA (Prostate-Specific Antigen) test carried out as part of annual health check in December 2020 showed Mr Best had a slightly elevated reading and an MRI scan and biopsy confirmed the diagnosis.

Mr Best, who is retired, had no symptoms and said it was easy to see why prostate cancer is called the silent killer.

“I am just feeling lucky that I had it picked up so soon, otherwise things could have been a lot worse,” he said.

He received high intensity focused ultrasound (HIFU) to shrink the cancer through private healthcare and will have quarterly PSA tests and annual MRI scans as part of active surveillance under the NHS at St George’s Hospital, Tooting, south London.

Mr Best said the Prostate Cancer UK website and specialist nurses really helped him after the diagnosis while his consultant was only willing to present the options available.

“They have provided me fantastic help since my cancer was confirmed,” he said.

“They provided the treatment options in a much clearer way.

“When I called them to discuss, they arranged for men who had had each of the procedures to give me a call and discuss at length what they had gone through and how it had impacted them.

“This really helped me in my decision making progress, and made me feel like I had someone with me to help and support me.”

Mr Best said he would like to see the diagnosis process improve and for treatments like HIFU to be available on the NHS to provide more options to prostate removal which can have life-changing effects for some men.

The prostate is a gland, usually the size and shape of a walnut, which sits underneath the bladder and surrounds the urethra which is the tube that carries urine out of the body. The prostate’s main job is to help make semen – the fluid that carries sperm.

Prostate Cancer UK says about one in eight men in the UK will get prostate cancer in their lifetime. It mainly affects men over 50 and the risk increases with age but is higher for black men and men with a family history of prostate cancer.

Former BBC Breakfast presenter Bill Turnbull died on August 31 at the age of 66 after being diagnosed with advanced prostate cancer in November 2017.

Broadcaster and author Stephen Fry, musician Jools Holland and singer Sir Rod Stewart are among the high-profile men who have spoken about being treated for prostate cancer and have urged other men to get checked.

The London Marathon is part of a challenge to complete more than 500 miles which Mr Best set himself as part of his fundraising although not all of it has been dressed as Darth Vader.

🏃 It's #LondonMarathon week! Missed out this year's ballot? Applications are OPEN for our charity places in the… https://t.co/y2ToblLdML
— Prostate Cancer UK (@Prostate Cancer UK) 1664206206

“One of my running buddies ran the London Marathon about 10 years ago as Darth Vader and just mentioned he still had the costume,” said Mr Best, a member of South London Harriers running club.

“I have an ever-increasing set of running related injuries, so knew I wouldn’t be running for a particularly good time, so I simply decided to make the day more of a fun run with no time pressures.

“I have run London twice before and also acted as a  volunteer there on several occasions, so know what a great event it is, with terrific support from start to finish, so seemed like a great way to spread the word, interact with crowds etc.

“I’ve had some pre-race costume training to work out the chafing hot spots and make some final adjustments.”