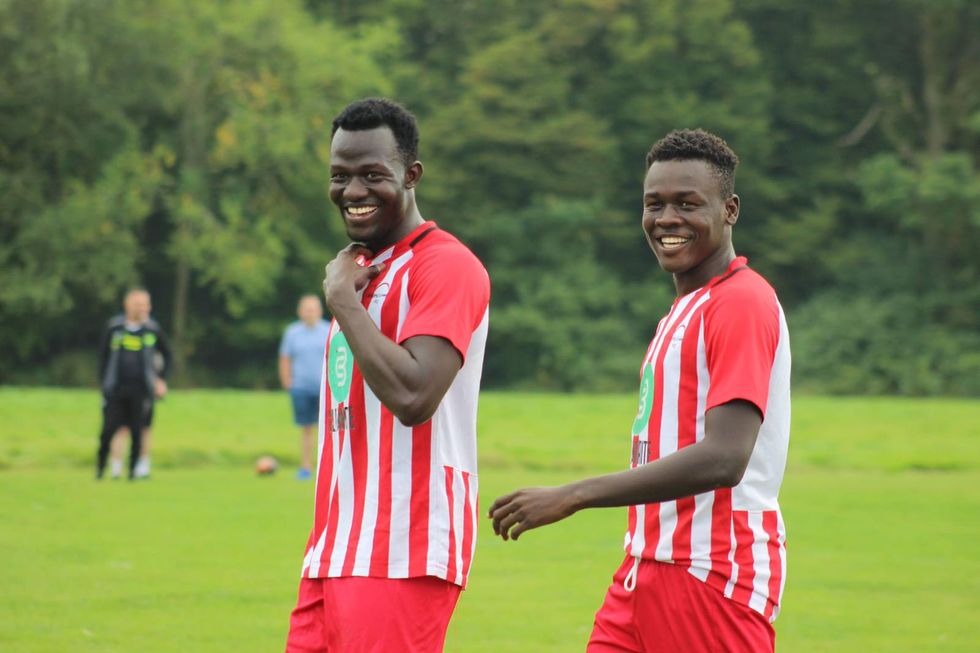 A man who fled the war in Sudan as a teenager hopes to become a professional footballer, spurred on by his involvement in a migrant football team.

Ussri Badawi, 21, came to the UK in 2018 after spending time in countries including Sudan, which he fled as a 14-year-old, as well as Libya, Italy and France.

He learned English through Unicef in 2012 and went through many difficulties to reach the UK, repeatedly risking his life trying to enter the country under lorries as he heard the UK was “the safest” country and was multi-cultural.

“The first time I tried to get to the UK through France was under a lorry. You just go under the lorry and wait for your chance,” he told the PA news agency.

“Sometimes you don’t know where this lorry is going. You are sitting between the wheels and it is so dangerous … but if you go near the wheels, the driver might not check properly.”

He said he finally reached the UK by being transported in a lorry by a friend for between 10 to 11 hours when he was 17, after attempting to get to the UK from France for three years.

Mr Badawi said that he has “faced even more dangerous situations” which spurred him on to try and rebuild his life in the UK, where he found solace in Changing Lives FC – a football team comprised of refugees and migrants.

“I just came across to train because I didn’t know of any football teams that I could train with, and I have been here for three years now,” he said.

“The team really means a lot because it has multi-cultural players from different countries.

“We all know ourselves we don’t have perfect English, so we can communicate well and that might not happen with other teams, and it makes you think you could become a professional footballer.”

The team play in division two in the Harlow District League, which has 11 teams, and they train every Thursday for one and a half hours.

“I have a video and I still watch it all the time,” Mr Badawi said, reflecting fondly on a moment in which he scored a goal in a match.

“It was really nice hearing people celebrating and cheering for us – it was a good feeling.”

Dave Simmons, 27, from Harlow, is the team’s coach – he said that when he met the “very tall” player who was “built like a machine,” he knew he would be the perfect fit for the team.

“He’s got a great smile and he’s willing to learn, which is the most important thing as a player,” he told PA.

“You want a player who wants to listen and who wants to do better, and Ussri’s smile is very contagious and he helps and supports he whole team.

“It is an honour to coach a team like Changing Lives, with so many young people from different countries.

“Football can be taught in so many languages just because of the movements, actions and demonstrations that you do, and with the World Cup coming up and the women’s Euros having taken place, it gets young boys and girls to dream about being professional footballers.

“Hopefully, a few of the players I’ve got on my team can one day become a professional footballer.”

The team will be featured in an upcoming three-part series called Migrants United, produced by LOUD productions – for more information, visit www.loud-productions.com.

Please log in or register to upvote this article
DocumentaryfootballMigrants