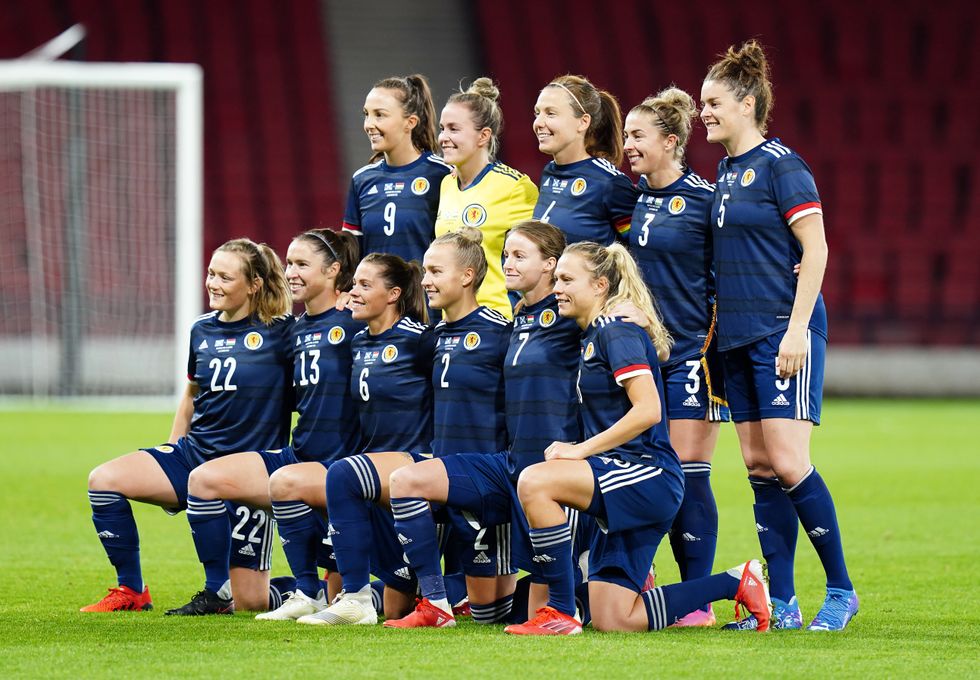 A schoolgirl was surprised by her favourite Scotland player at the national team’s training ground after writing about her at school.

Beattie, who recovered from breast cancer last year, said the message “blew me away” and decided to surprise her biggest fan in person.

Beattie said: “Way back in March, I got tweeted the most adorable little letter that a girl called Caris had written in primary school for International Women’s Day.

“It was for me and I looked at it and it just blew me away. It actually made me pretty emotional.

“So we brought her down here today to give her a little surprise with some goodie bags and a shirt as well.”

While Caris thought that she was visiting for a tour of the training facilities, she had the opportunity to meet and have a kick-about with all the Scottish players, including her hero Beattie.

Her letter to Beattie said: “Jenifer Beattie is 30 years old and plays for Arsenal and Scotland. This woman inspires me because she had cancer and was able to play football again. When I grow up I want to be like her.”

In a video posted by the Scottish National Team on Twitter, Caris can be seen meeting Beattie, excitedly exclaiming “It’s Jen! You’re my favourite Scotland player” to which Beattie replied “you’re my favourite fan”.

Caris’s mother said that her daughter “loved” the experience.

She said: “All she knew was that she was coming and she thought she was just getting a look at the training facility. We didn’t say that she was going to meet anyone.

“And then we got onto the training pitch and the players started filtering out and she’s thinking, ‘Oh, what’s happening here?’ And then Jen appeared and I physically saw her starting to tremble because she was so excited to meet her. She just loved it.”