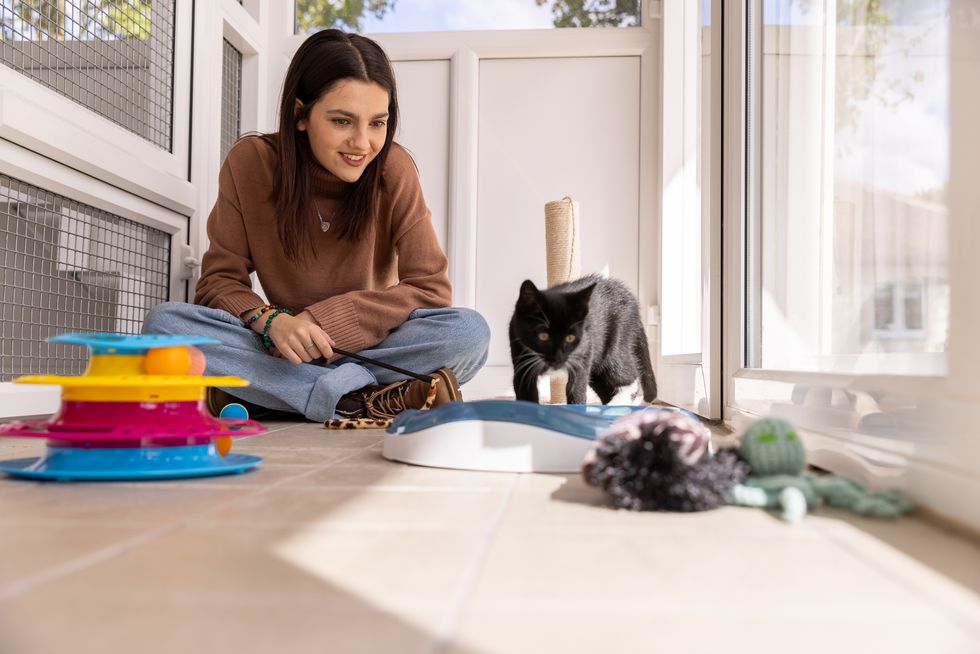 One of the stars of HBO’s Game Of Thrones spin-off has traded dragons for cats and dogs to promote the work of an animal charity.

Emily Carey, who plays a young Alicent Hightower in House Of The Dragon, visited the Blue Cross rehoming centre in Kimpton, Hertfordshire, on September 24, where she met rescued animals including a kitten who was found in a van engine at nine weeks old.

Pictures of the 19-year-old actress’s “wonderful” visit have just been released, including her meeting with Squid – a black and white kitten who was rescued by a member of the public, and was rehomed the day after Carey visited the centre.

She met animals and staff at the centre, speaking to them about the work they do for the Blue Cross, a national animal charity which is celebrating its 125th anniversary this year and provides care for sick, injured and homeless pets.

Carey, who owns a cavapoo called Dottie, also walked two of the resident dogs, an 11-year-old husky cross named Carlie and a seven-year-old terrier mix called Tilly, who are both looking for new homes.

Carlie had been rehomed previously by the Blue Cross as a puppy, but was returned by her owner after ill health meant they were no longer able to care for her.

Carey said: “I love pets and am so grateful to have my dog Dottie in my life and to have been able to visit Blue Cross’s Hertfordshire rehoming centre to see their work first hand, I am also extremely grateful to them for all they do to help pets.

“The pets I got to meet all had their own stories, and it’s wonderful to know that Blue Cross were able to step in to help when they needed it.

“Walking Tilly and Carlie was amazing, I’m so happy to have met them and had the opportunity to spend some time with them before they make their next step to live happy lives in new homes.”

The actress also met a one-year-old cat called Pimento, who was brought into the charity by a passer-by who had intervened after seeing the animal being kicked in the street, and a stray cat named Monty who vets found to have a broken toe after he came in lame.