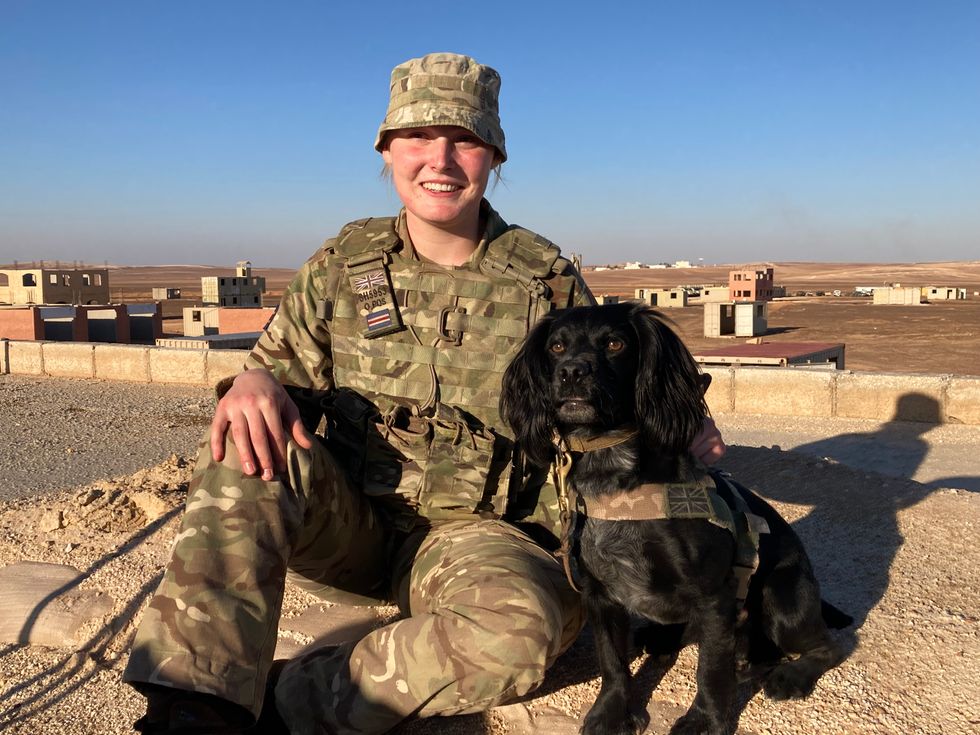 Two of the Army’s military working dogs proved as popular as they were successful at a key training exercise in Jordan.

While they collect admirers wherever they go, springer spaniel Ace and Belgian malinois Lucy perform critically important tasks, with the former able to sniff out weapons and explosives and the latter a key part of detect, detour and detain functions.

They are part of the 1 Military Working Dog Regiment based at St George’s Barracks in North Luffenham in the East Midlands.

This month, they are taking part in Exercise Olive Grove with 2 Rifles in the north of Jordan, around an hour away from capital city Amman.

He volunteered with an animal shelter for three years, working with dogs who had issues, before joining the Army two years ago.

He described Lucy as a real morale booster for the soldiers in camp.

“Everyone loves to come over and make a fuss of her which she laps up,” he told the PA news agency.

However he said she has two sides, with a much less friendly face for her day job.

“When I got Lucy she was already up to a good standard, she has been in Kenya but this is her first time in Jordan,” he said.

“We don’t normally do this sort of training so it’s good to see where her flaws are and what we need to work on but she’s doing very well.

“We primarily focus on detect, deter and detain so we can detain people by releasing the dog, allowing the dog to bite and hold the person until we come and relieve the dog.

“There are definitely two sides to her, as some have seen when that side comes out, she is a different dog.”

She said Ace is the second dog she has been pair with, having passed out from his training around a year ago.

He can search out ammunition, weapons, explosives and bomb making equipment.

Ace’s career will last from six to eight years.

“This is my second search dog, but I’ve been paired with him longer, he’s cheeky but he’s lovely. Every dog has a different character,” Private Shaw said.

“He can get deployed anywhere, UK ops or anywhere in the world on exercise such as Kenya, Jordan and Cyprus.

“This has been a brilliant exercise, spending four weeks away with my dog, doing loads of training, working with the Rifles and different detachments.

“Everyone loves him. He’s got a lot of admirers.”

Please log in or register to upvote this article
Jordan