Seamus the Irish wolfhound ‘stealing the show’ at Trooping the Colour 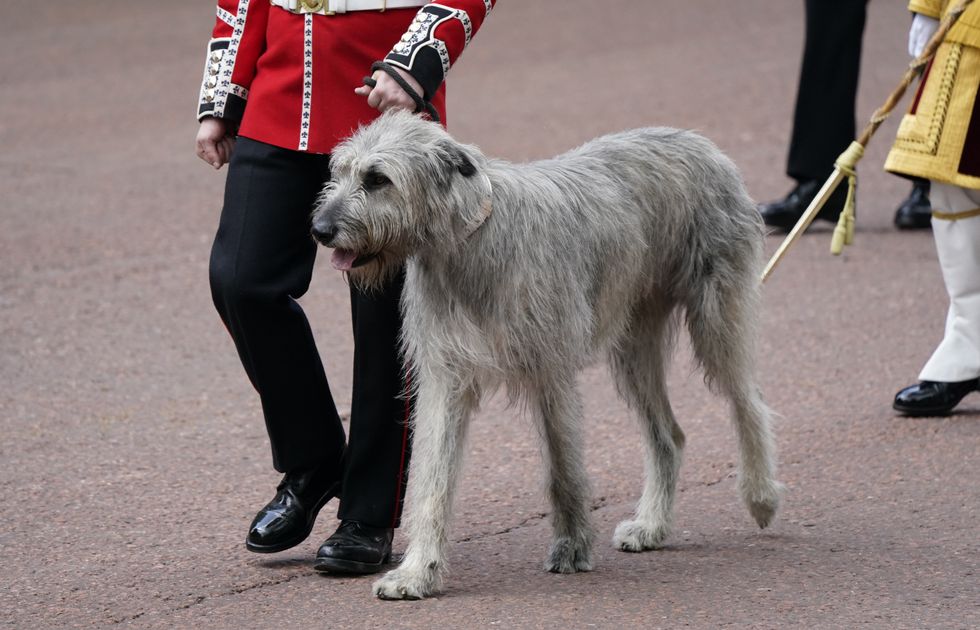 Seamus, an Irish wolfhound and the Irish Guards’ regimental mascot, has sparked praise on social media for his role in Thursday’s Trooping the Colour.

He was trained with the Royal Army Veterinary Corps, and is officially named Turlough Mor.

The two-year-old canine was accompanied by his handler, Drummer Adam Walsh, throughout the parade.

Seema Malhotra, the MP for Feltham and Heston, added: “Last year I had the honour of meeting Seamus, the gorgeous mascot of the 1st Battalion Irish Guards before they left Hounslow.

“Am super proud that Seamus will be taking centre stage in the Trooping the Colour parade shortly. Go Seamus!”

Speaking to Sky News accompanied by Seamus, Drummer Adam Walsh said: “It’s quite loud in front of the band, and with his hearing, it’s very amplified.

“For him to stay cool, calm, and collected, it takes a lot of training and a lot of prep.”

Seamus has his own room with the Irish Guards, and is a “pampered pooch”, Drummer Walsh added.

“He’s treated as one of the lads.”

Heartbreaking moment dying dog has his last ever McDonald's

Please log in or register to upvote this article
dogsJubilee