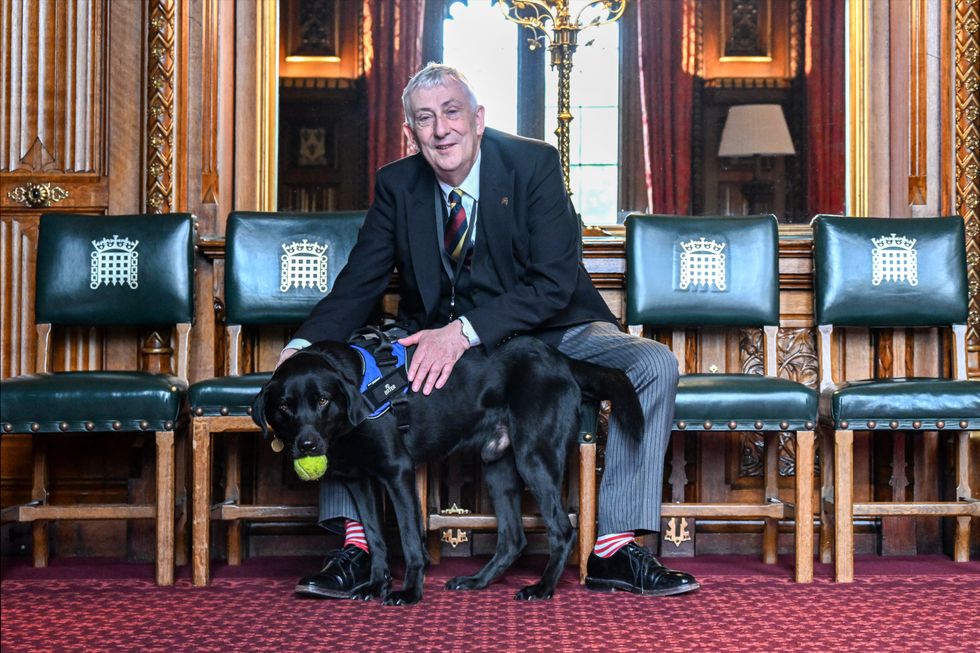 The animal-loving Speaker played ball with Dexter, a black labrador who is helping emergency services workers cope with mental health issues, and suggested the dog would be a useful addition in Westminster.

Dexter was trained as a drugs sniffer but was deemed too sociable to take part in police raids and so found a new role as the Metropolitan Police’s first wellbeing and trauma support dog.

Sir Lindsay said: “Dexter is such a lovely, chilled dog; we could do with him in the Chamber – he would definitely be a calming influence on MPs.”

The Speaker owns a menagerie of pets – including a parrot called Boris.

Dexter visited Parliament along with handler Pc Mike Sheather, who said: “While Dexter made a dismal drugs dog, because he is just too friendly, he is perfect in this role of getting people to open up.”