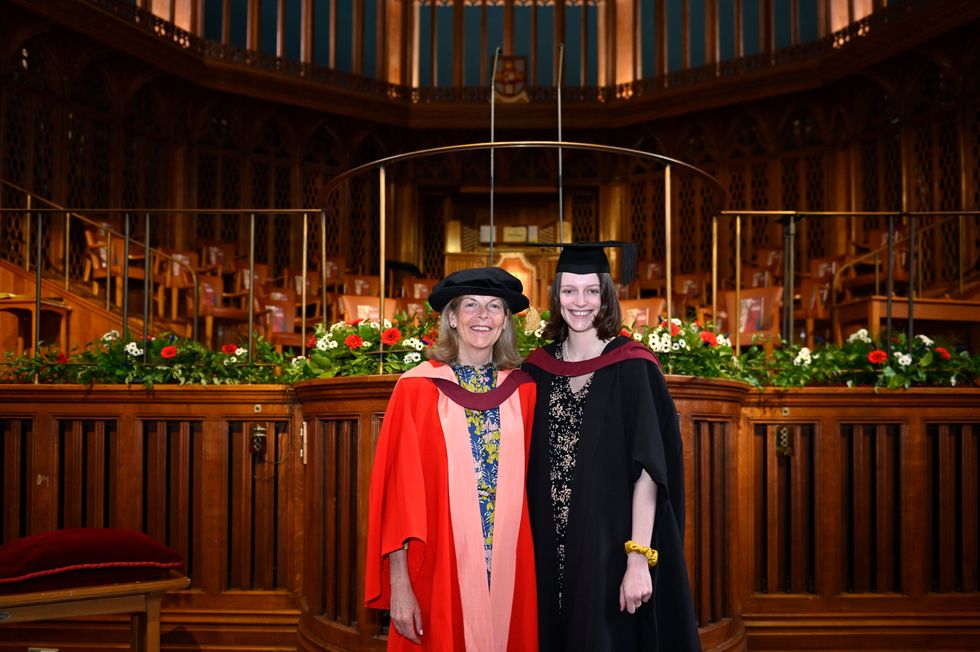 A woman whose charity work helped more than 500,000 Afghan children has been given an honorary degree at her daughter’s graduation ceremony.

Dr Sarah Fane set up Afghan Connection in 2002, a charity which built or renovated nearly 180 schools, supported healthcare and has been credited with sparking the ongoing renaissance in Afghan cricket.

She also engaged in hands-on medical work, delivering babies in mountain villages and even disguising herself as a man so she could reach patients during the war against the Soviet Union.

On Tuesday in recognition of her work she received an honorary degree from her alma mater, the University of Bristol, at the same ceremony in which her daughter Antonia graduated with a degree in Liberal Arts and French.

Dr Fane said: “I had the most inspiring day at Bristol receiving my honorary degree.

“It was particularly special that my daughter Antonia graduated at the same ceremony and that my mother, husband and two of my other children were in the audience – three generations.

“It was 33 years ago that my mother came to the same hall to watch me graduate in medicine. Bristol gave us all a day we shall never forget.”

Dr Fane, who now runs the Marylebone Cricket Club Foundation, spent the elective year of her medicine degree in Pakistan, near the border with Afghanistan, in 1987 and visited again two years later.

“It was a very tribal area and you could hear the war across the border,” she said.

“The area had one of the highest maternal mortality rates in the world and I saw some truly shocking things.

“At night I was escorted by a man with a gun to the labour ward to deliver babies.”

After spending more than a decade working in the NHS and raising her four children, she visited Afghanistan at the request of a friend to advise on a clinic.

“What I saw astonished me,” she said.

“They’d had war for 23 years and there was sheer devastation everywhere.

“As a mother myself, it was deeply upsetting to see families torn apart by war and mothers who could not feed their children.”

She set up her charity soon after, first aiming to modernise and improve medical facilities before moving on to schools.

Subsequently the charity also began to train cricket coaches and provide equipment, going on to create 110 pitches in the country.

“There was this huge groundswell of support for cricket,” Dr Fane said.

“Loads of kids wanted to play and we were there to coach them.”

Dr Fane, who received an OBE for her work in Afghanistan in 2013, ultimately wound down the charity in 2020 when it seemed it would have to start paying taxes to the Taliban.

“After 18 years of transparency I couldn’t look my donors in the eyes and tell them we were doing that,” she said.

Daughter Antonia, who is now teaching in Kent, said: “I am so proud of everything my mum has achieved, she is always putting everyone else before herself.”

Professor Sarah Purdy, the University of Bristol’s pro vice-chancellor for student experience, said: “Dr Fane’s story is one of determination, defiance of odds and a deep, deep desire to help.

“We’re immeasurably proud that she’s an alumna of the University of Bristol and honoured to welcome her back to celebrate her achievements.”