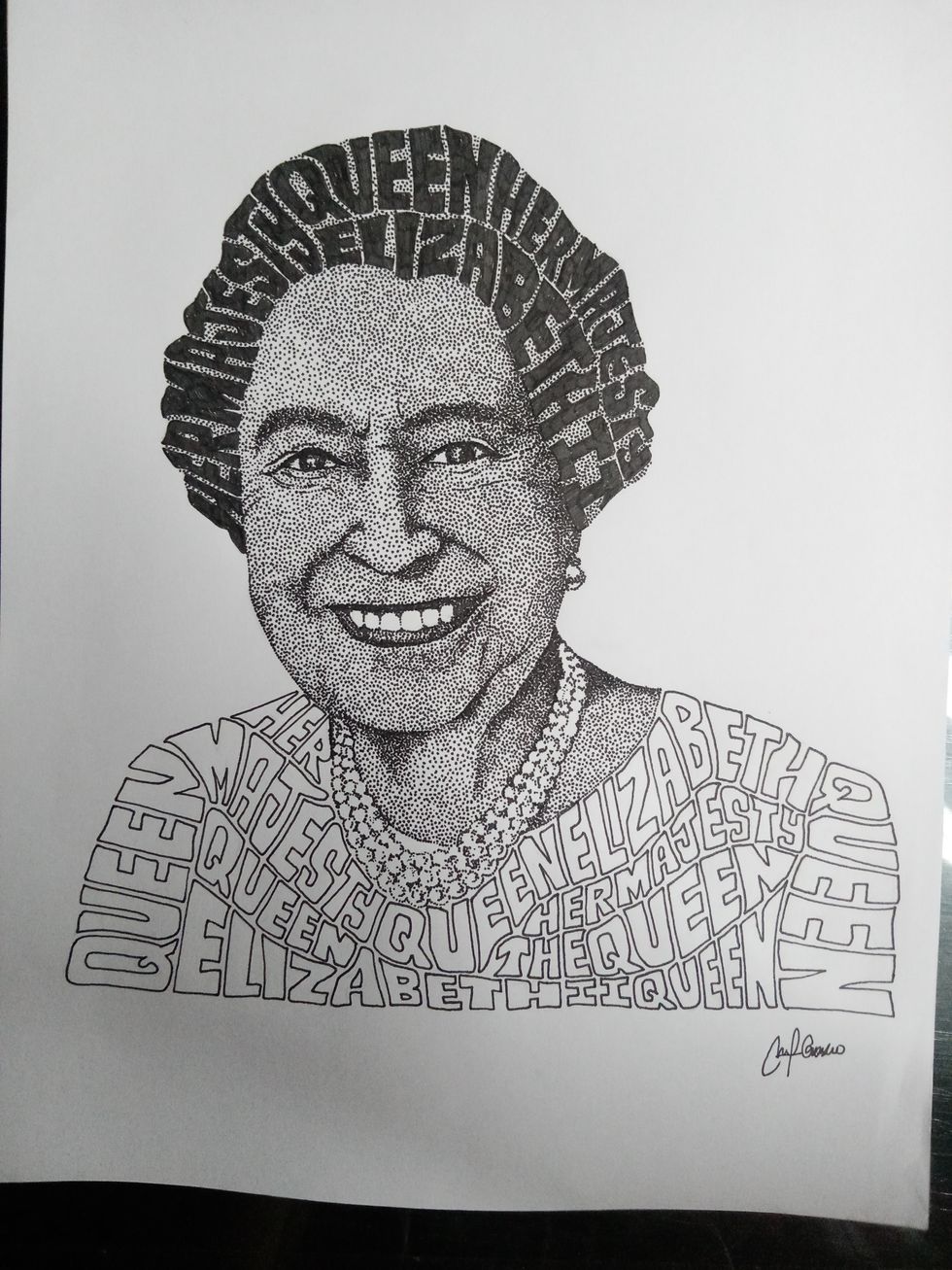 Artists around the world have said that creating portraits of the Queen is a way of “showing love for her”.

Images of Queen Elizabeth II have been produced in various media, including ballpoint pen, pencils and paints.

“I’m really inspired by Her Majesty so, when I heard the news, I felt sad and did this art just to give her a tribute,” he told the PA news agency.

“I’m a Filipino artist and really a big fan of Her Majesty, Queen Elizabeth II.

“I chose to create the picture of the Queen because I really love my grandma and the Queen gives me a great image of what a good grandma is.”

He added: “I’m so inspired by the Queen’s dedication and service to the people.

“At her age, Her Majesty continued to work and serve.

“The Queen is an inspiration not only to United Kingdom but also worldwide, we will miss her so much.”

Neil Gardner, 46, an artist from Leicestershire, said: “I really respect the royal family, and I think the Queen was magnificent – 70 years of loyal service, even carrying out a major part of her role just two days before her death.

“I don’t know of anybody else who could do that.

“She did everything with such dignity and it seemed like she made sure that everyone she met was made to feel more important than she was.

“For those reasons, I just wanted to dedicate a drawing to her, and wanted to portray her beauty and regality.”

Mr Gardner, who usually sketches cars and aircraft, said drawing people is “slightly” out of his comfort zone, so “drawing Her Majesty was nerve-wracking”,

He previously began creating a picture of the Queen to celebrate the Platinum Jubilee, but found it “too intimidating” and stopped; however, he now plans to complete it.

Mr Gardner added: “Art is a great way to pay tribute for a few reasons really – it is personal, people have taken time and put a lot of heart into a piece whilst dealing with self-doubt to create something they hope is worthy of the subject they’re paying tribute to.”

Ajidahun Ayomiposi Henry, a student in Nigeria used pencils to create a portrait of the Queen.

The 21-year-old said: “We all know the Queen is a notable and highly respected monarch who has contributed to the growth and development change of the world politically, even as far as Nigeria is concerned, she’s a person that cannot be forgotten.

“She deserves the honour, I like her and I’m a fan.

“That’s the reason why I chose to appreciate and dedicate that artwork for her in my own little way of showing my love for her.”

Please log in or register to upvote this article
ArtJubileeLeicestershireNigeriaPhilippinesRoyalThe Queen