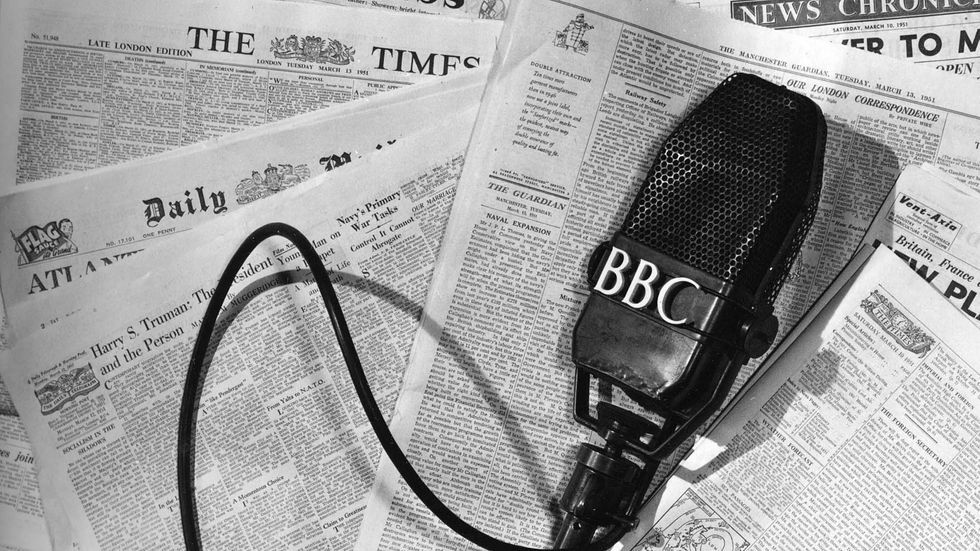 A BBC presenter who first brought politics and current affairs on to the television screen has been commemorated with a Blue Plaque by English Heritage, as the broadcast corporation celebrates its 100th year.

Grace Wyndham Goldie, one of the few women executives in the BBC, was directly responsible for its early televised election coverage and for programmes such as Panorama, which first aired in 1953.

The plaque has been placed on St Mary Abbot’s Court in Kensington, where she lived for more than 50 years.

It was whilst living in Flat 86 where Ms Goldie began and ended her career with the BBC.

Ms Goldie started working at the BBC in 1935 as a radio drama and entertainment critic for their weekly magazine, The Listener.

Although she retired in 1965, she continued to be involved, making recommendations on BBC archiving policy.#

Her plaque, which was installed on Tuesday, will be visible to the public on Thursday. CEO of BBC News, Deborah Turness, said: “Grace Wyndham Goldie was a true pioneer – not only as a woman in a male-dominated industry, but as someone who quickly recognised the potential of a radical new technology: television.

“All of us involved in making news on TV and all other platforms are following in Grace’s footsteps.

“It’s very fitting this plaque will mark her role in television history as the BBC celebrates its centenary year.”

The London Blue Plaques scheme was established in 1866 and there are more than 980 plaques, however only 14% of the plaques commemorate women.

The scheme relies on public nominations, and English Heritage say that they have been encouraging people to put forward more female figures and communities.

Anna Eavis, English Heritage curatorial director and secretary of the Blue Plaques panel, said: “The very first televised election broadcast was almost entirely Grace Wyndham Goldie’s concept and, while the ‘swingometer’ and giant maps have advanced with technology, the format itself has not changed.

“Though her name is perhaps not as widely known as it should be, her legacy is in every current affairs programme and I hope that this well-deserved plaque might inspire passers-by to learn more about her.”

This is the moment Newsnight also discovered their set is boobytrapped

7 things we learned from the Shamima Begum podcast

Please log in or register to upvote this article
BBCBBC NewsTelevision