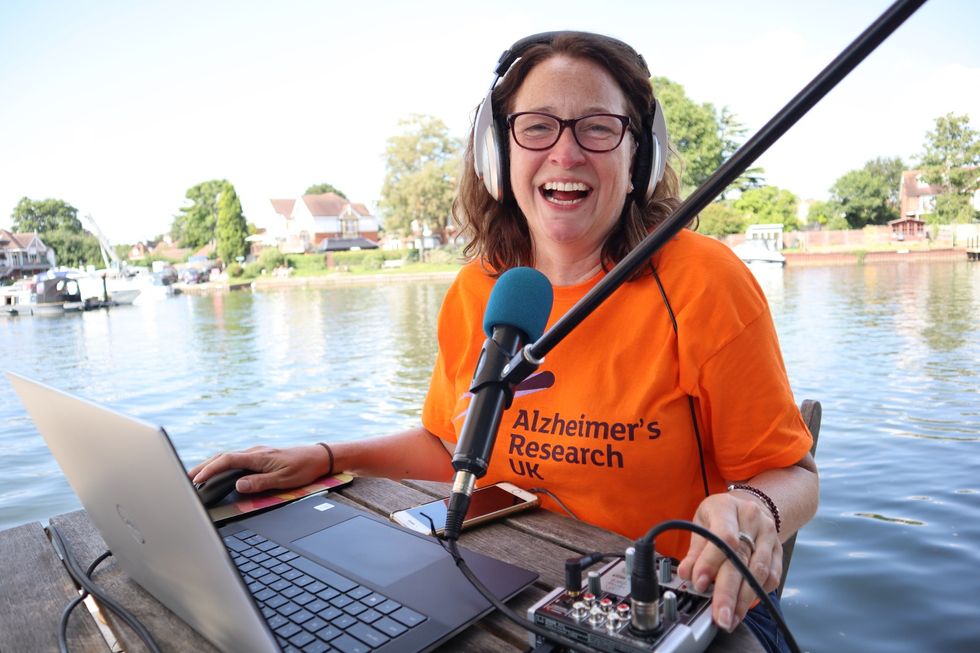 Shelle Luscombe, 51, from Hampton in London, said she “wanted to do something memorable” when she turned 50, so set about inviting challenges from friends to raise money for Alzheimer’s Research UK in 2021 (Shelle Luscombe)

A woman whose parents both died with dementia has been “channelling all of that hurt, emotion and upset into something positive” by embarking on 50 challenges to raise money for Alzheimer’s research.

Shelle Luscombe, 51, from Hampton in London, said she “wanted to do something memorable” when she turned 50, so set about inviting challenges from friends to raise money for Alzheimer’s Research UK in 2021.

Ms Luscombe’s father Ian died with Parkinson’s disease and dementia in 2017, and just months after beginning her mammoth series of challenges, her mother died with Alzheimer’s and vascular dementia.

“I think I’d be really emotional actually doing (£10,000) you know, in honour of my mom and dad,” Ms Luscombe told the PA news agency.

“Someone asked me ‘what would your mum or dad make of everything that you’re doing?’ I think they would think I was completely bonkers.

“My mum was quite sociable, but quite quiet in lots of ways. And then my dad was very shy. But you know what, it’s given me such a good focus.

“To actually be channelling all of that hurt, emotion and upset into something positive feels great.”

Ms Luscombe’s challenges are geared towards looking after the brain, with a focus on keeping fit, socially active and learning new things.

So far she has given up smoking, skydived from 15,000 feet, driven a barge up the Thames while broadcasting a radio show and performed a stand-up comedy routine.

“All these new things I’ve tried to do, like learning paddleboarding, it’s really good for working your brain because you’re trying to keep your balance and you’re learning a new skill,” she said.

“But you’re also out in nature and fresh air. It’s a bit of exercise, so it sort of ticks lots of boxes.”

Among the 34 challenges she has completed so far, Ms Luscombe said walking the bed of the Thames during a lock draw-off was “pretty cool”.

She said: “It’s a phenomenal amount of water that goes through that stretch.

“So to sort of be standing under bridges where the water would normally be really high on the bridge, and to be standing right underneath it in the middle, was just amazing.”

While Ms Luscombe aimed to complete her 50 challenges between July 2021 and July 2022, that deadline has been pushed back to November of this year, giving her 500 days from start to finish.

Among the remaining goals are to learn to ride a unicycle, commit 20 random acts of kindness in a day, and to complete the Circle Line pub crawl dressed in orange.

And while the challenges are largely enjoyable and fun-filled, Ms Luscombe said that a big motivator was the age at which her mother began “showing signs” of dementia.

“My mom was in her mid sixties when she started showing signs of it… I mean, that’s scary as hell for me. That’s not very far away,” she said.

“I was like, I need to live my life now. That was another motivation actually, for the challenges, I need to get out there and live, because if the same thing happens to me I’ve only got 15 years of being on it and with it and that’s scary.”

Please log in or register to upvote this article
charityDementia