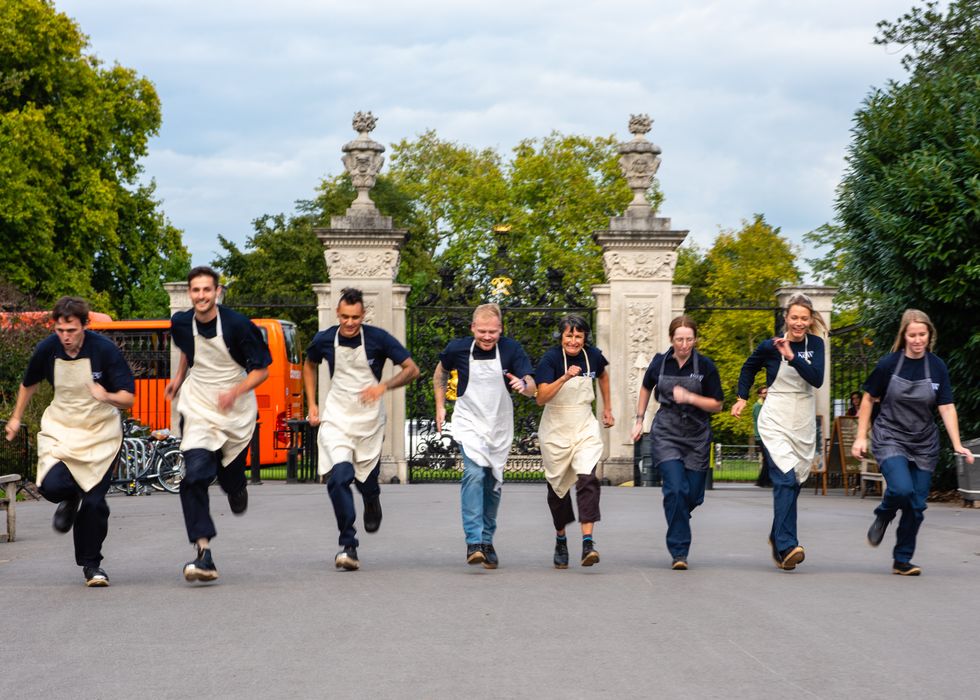 The clogs were brought out of the cupboard for budding botanists at Kew Gardens’ annual clogs and apron race.

The tradition, dating back decades, is used to welcome a new cohort of students at Kew’s School of Horticulture, challenging them to run around 300 metres donning the wooden shoes – part of the old uniform for horticulturists.

Eight students took part on Tuesday, with a first-year named Louis crowned winner and awarded the trophy after what Kew’s director of gardens called “quite a sensory experience”.

Richard Barley, 63, told the PA news agency: “We have a cupboard full of clogs and (for) anyone who has had the pleasure of watching the race, the sound of the clogs on the road is like a stampede of horses.

“It’s quite a sensory experience.

“It’s about the spirit and students doing something together – with a little competitiveness, which is fine.

“Often there are two or three who are quite competitive at the front of the field and this year it was two… It could have been either of them, but Louis pulled ahead right at the end.”

Mr Barley explained that clogs, with metal horseshoe-like rings on the bottom, used to be standard footwear for people working in horticulture as the wood insulates the foot from the cold ground.

“They give your feet quite good support… I don’t think they would be the footwear of choice for anyone these days,” he admitted.

“But we have carried on this tradition.

“When they arrive, these students are the ones who are undertaking the three-year diploma in horticulture.

“They work very hard for the whole course and we know that there is a professional employment market for our graduates who are snapped up very quickly, so it’s just nice to start off with a bit of fun.”

The route for the racers starts at just inside Kew’s Elizabeth Gate and takes them up to a roundabout near The Orangery restaurant and back again.

Mr Barley had the honour of awarding the trophy to the winner and a medallion to the runner-up.

He added he has not yet been persuaded to join the race himself, but hailed the pep of the “30 to 40” onlookers.

“It’s a fun spectator event as well,” he said.

“There’s always a lot of cheering and a bit of high jinks.

“And it gets people together.”

Please log in or register to upvote this article
Kew