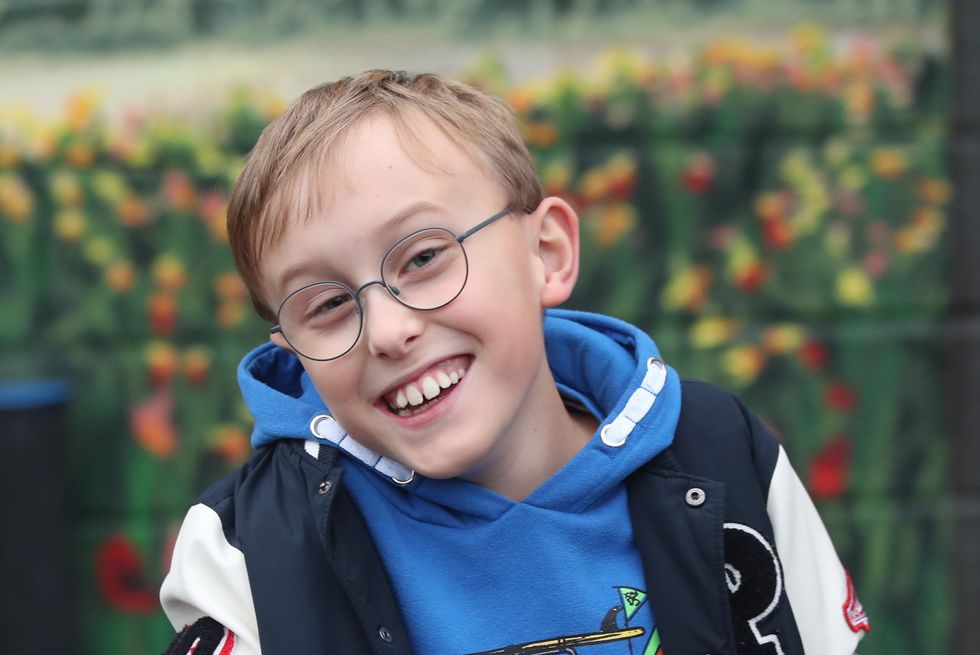 Inspirational young fundraiser Captain Tobias is turning his attention to making sure playgrounds are accessible to children with disabilities as he prepares to launch his latest challenge.

Tobias Weller, 11, who has cerebral palsy and autism, has raised more than £158,000 for Paces School, where he is a student, and The Children’s Hospital Charity, in his home city of Sheffield, through a series of epic challenges.

His achievements were recognised at the highest level when he became the youngest person on record to feature in the Honours List when it was announced in December that he is to receive the British Empire Medal.

And last month he was a guest at the first Buckingham Palace garden party since 2019, where he met the Prince of Wales, the Duchess of Cornwall and the Princess Royal.

Tobias Weller, 11, and his mother, Ruth Garbutt, met the Princess Royal, the Prince of Wales and the Duchess of Cornwall at a garden party at Buckingham Palace (Family handout/PA)PA Media - Family handout

On Saturday, the Tobias In The Park event in Sheffield’s Endcliffe Park will see him urge everyone to complete one kilometre (0.6 miles) in whatever way they feel challenging – walking, running, skipping or jumping – as he completes the distance using his trademark walker.

He is raising money for accessible play equipment but he also wants to raise awareness of the problem.

“I’m really looking forward to my Tobias In The Park event this weekend,” he said.

“I want to raise as much awareness as possible and help people to realise how important it is that kids with disabilities can use their local playgrounds.

“I really hope that I raise lots of money so I can help to create an accessible playground for Paces in their new school as well as making the equipment at Endcliffe Park accessible.

“If I could change these two playgrounds to make them accessible to all kids, I’d be chuffed to bits!”

Tobias added: “I’m not going to stop there, though.

“I want playgrounds everywhere to be accessible and I’m going to try my best to help other people to do this.

“I want everyone to join in the challenge in their own way – hop, skip, use a walker, use a wheelchair to complete 1km.”

His mother, Ruth Garbutt, said: “It dumbfounds me when children with disabilities are left out and are unable to use playgrounds.

“Tobias is very aware that he used to be able to use the play equipment and now he can’t.

“He adored playing on the swings when he was little and would spend hours on them.

“It saddens him, and therefore me, that he can no longer do this in his local parks.

“Tobias is determined to raise enough money to make a real difference to people’s lives and I admire him so much for this. I think he is amazing.”

Ms Garbutt said Tobias has had support from around the world and people have shared their 1km challenges from as far away as Barcelona, Australia, New Zealand and even The Maldives.

She said: “Tobias would be so thrilled to hear about everyone’s 1km challenges.

“Too many people are unaware that these gorgeous children are left out and are unable to access their local playgrounds.”

Tobias was nicknamed “Captain” after he was inspired by Captain Sir Tom Moore to start raising money during the pandemic lockdowns.

He met his hero when he won the inaugural Captain Sir Tom Moore Young Unsung Hero Award at the 2020 BBC Sports Personality of the Year event.

Tobias’s last challenge involved an Ironman, completed over the course of a year, involving 180km (112 miles) on his trike, a 4km (2.5 miles) swim and running the length of a full marathon.

– More information can be found at https://www.justgiving.com/crowdfunding/captaintobias

Assistance dog at the Paralympics wins its own medal

Please log in or register to upvote this article
DisabilitySheffield