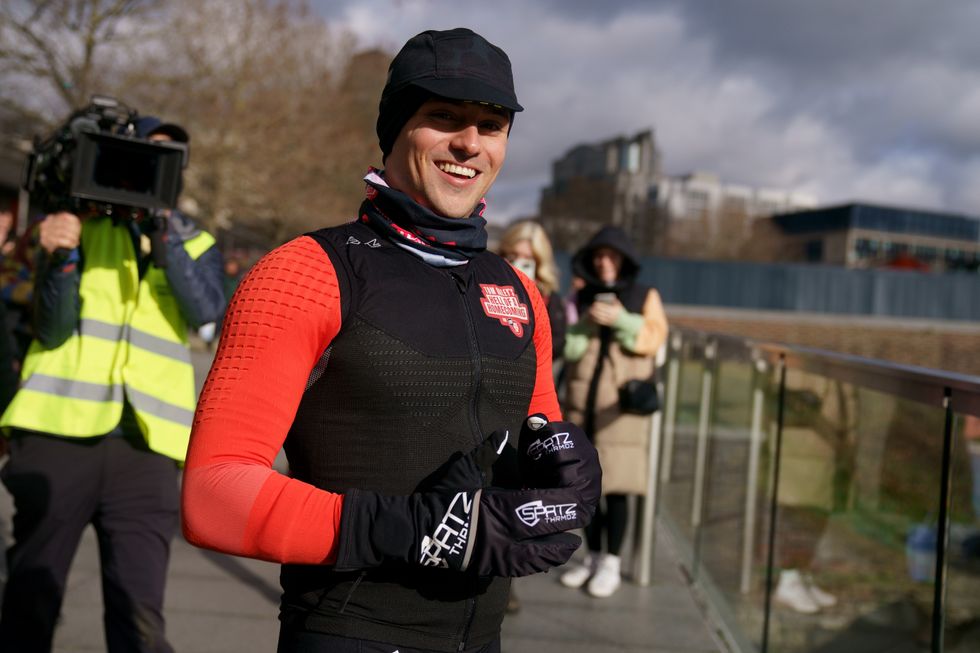 Tom Daley has said his gruelling four-day Comic Relief challenge has been “the hardest thing I have ever done”.

It is the final day of his Hell Of A Homecoming mission, which has seen him rowing, swimming, cycling and running from London to his home town of Plymouth, in Devon.

During the Red Nose Day challenge, Daley has visited places that have played an important role in his life and career.

On Thursday, the Olympic diver set off on his final 30-mile run from Bovey Castle in Dartmoor National Park, where he got married to film director Dustin Black five years ago.

During the live BBC Breakfast broadcast, gold-medallist Daley said he had “only ever run 18 miles in training”.

“Right now it looks like it’s clear but I think the winds are going to be picking up, this is the hardest thing I have ever done.

“I trained for the Olympics, I trained for all of those 20 years that I have been in diving, this is the hardest thing that I have ever had to do in my life, physically, it has just been one thing to the next to the next and the accumulative impact that it has had, I look and feel awful.

“I feel like I have been out all night but without any of the fun and I just feel absolutely drained, but one more day and I’m just waiting to see my family on the finish line.”

Daley set off on his homecoming tour on Monday, when he left the London Aquatics Centre in Stratford for a six-mile row to Tower Pier, before a 60-mile cycle to the Redgrave Pinsent Rowing Lake in Reading, Berkshire.

On day two he completed a 1,600-metre open-water swim before starting a 63-mile cycle to Southampton.

Daley braved heavy rain and wind during a 130-mile cycle from Southampton on Wednesday, climbing more than 3,000ft to raise funds for Comic Relief.

Speaking about the challenge so far, Daley said: “I am honestly exhausted. These last three days I have put my body through things that I never thought I would be able to do.

“I feel physically drained, mentally drained and I spent 15 and a half hours on a bike yesterday, up some of the craziest hills in the wind and the weather.

“I can’t tell you how hard it was to cycle into those headwinds all the way here.

“The hardest moment was honestly last night coming into Bovey Castle, the hills were so bad, the wind was bad and I got to a point where my legs just gave way and I fell off, I couldn’t move.

“I was trying to push the thing forward and then I started wobbling and then before I knew it I was on the ground, but I had to get back on the bike to get here.

“Today is the last day, it’s the home stretch, and raising money for Comic Relief is super important because it’s going to help so many people across the country, so if people can donate it will mean the world.”

On Thursday, crowds gathered and a choir sang outside Bovey Castle as they waved him off on the final stretch of his money-raising mission.