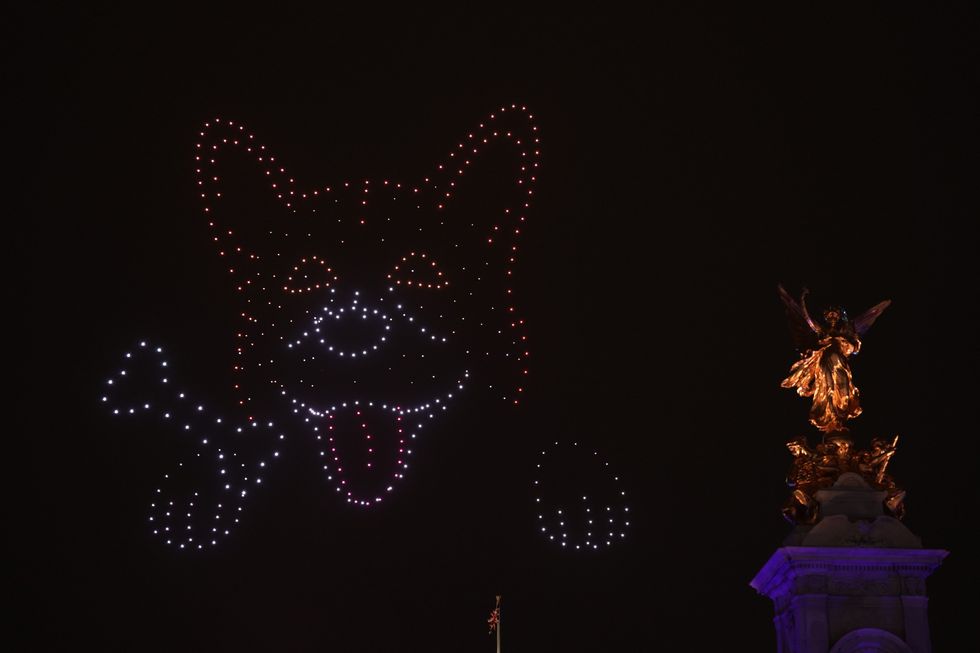 Audiences were stunned by the use of drones to create a sky-sized corgi and cup of tea during the Queen’s Platinum Party at the Palace concert.

The corgi, a favourite breed of the monarch’s, sat above Buckingham Palace with its tongue out and a bone by its paw.

The effects also portrayed a horse, an outline of a stamp – complete with the Queen’s face – and a note saying: “Thank you Ma’am”.

The Queen, known for her love of horses, marks 70 years on the throne with her Platinum Jubilee (PA)PA Wire/PA Images - Victoria Jones

Hundreds took to social media to commend the display, which they labelled “magical” and “superb,” as part of ongoing Jubilee celebrations.

“There is a giant drone corgi over Buckingham Palace and this is the best country on earth,” one user wrote on Twitter.

“The planning required… to make a corgi in the sky is so quintessentially British I’m in awe,” a Twitter account wrote.

“I, for one, welcome our new Corgi overlord,” tweeted another.

“The rest of the world must think we’re bonkers…” he added.

The show could be seen far and wide as some commented that they could see the effects streets away from Buckingham Palace.

The display was part of a star-studded open-air concert in front of the Palace, its line-up including Sir Rod Stewart, Alicia Keys, Sir Elton John and Lin-Manuel Miranda.

The Platinum Jubilee celebrations have marked 70 years on the throne for the Queen.

Please log in or register to upvote this article
CorgiPlatinum JubileeQueen