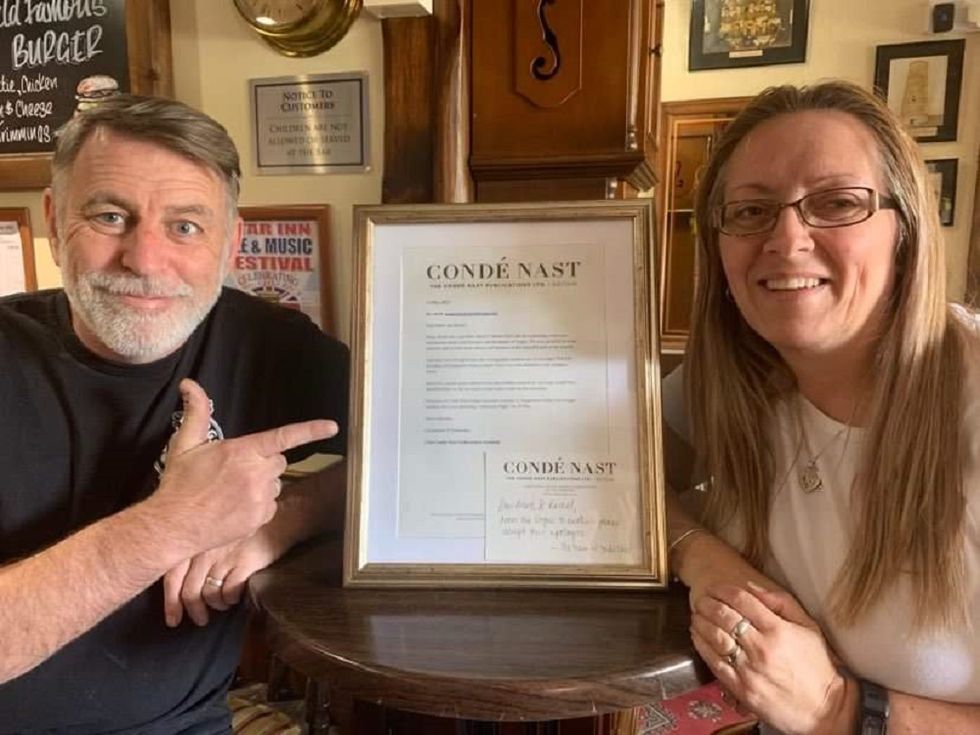 (The Star Inn At Vogue)

A village pub in Cornwall has received a framed apology letter from the publishers of Vogue magazine after they requested the centuries-old establishment change its name.

The Star Inn At Vogue stood its ground after receiving the original request to change the name in March, pointing out the pub was named after the hamlet in which it is located near Redruth and has been around for longer than the magazine.

Publishers Conde Nast subsequently backed down, conceding they would have spotted their error had they investigated further, and landlords Mark and Rachel Graham on Thursday received a framed copy of the response.

A cover note read: “From one Vogue to another – please accept our apologies.”

Mr Graham told the PA news agency: “I thought that was a nice touch. I did enjoy that.”

Mr Graham said he could not believe it when he received the original letter requesting that the pub’s name be changed.

“I thought that one of my customers was having a wind-up,” he said.

Once he established the letter was indeed genuine, he wrote back pointing out the publishers’ error and giving a lesson on the origin of the hamlet’s name.

“The word ‘vogue’ is actually a Cornish word and it means smelting house or blowing house, where the tin was smelted,” he said.

The Grahams now hope to make the most of the situation by getting representatives of the magazine down to Cornwall to visit the pub, which is said to have stood for around 200 years.

“I think it would be good on both parties if we met in person, shook hands and had lunch and a couple of real ale pints,” Mr Graham said.

Mr Graham said most of his regular customers are not big followers of the fashion world and that “half of them haven’t even heard of” Vogue magazine.

He added: “Everything in Cornwall is just anything that is chilled and relaxed and easygoing.

Please log in or register to upvote this article
Cornwall