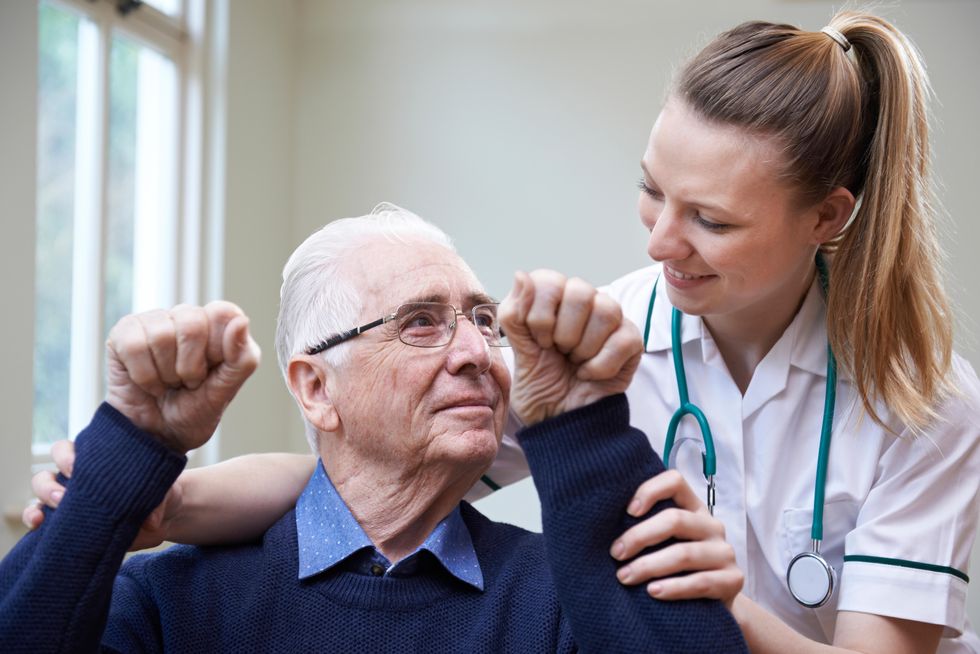 Stroke survivors who have lost their sense of touch may be able to feel the warmth of a loved one’s hand again thanks to a portable device being developed by UK researchers.

Often after a stroke people lose sensation and muscle control in one arm and hand, making it difficult to dress and feed themselves or handle everyday objects such as a toothbrush or door handle.

Now researchers at the University of Hertfordshire say they have created a touchpad device that delivers tiny vibrations to the fingertips, causing brain cells to fire and bring back a sense of touch to affected limbs.

Experts suggest this could significantly improve the quality of life for millions of stroke survivors.

Basically, sensory and motor is connected, and because of that improvement in sensory, from my perspective, (it is) bound to have some improvements in movement

Biomedical engineer and neuroscientist Dr Amit Pujari created the device, which he says has the potential to change lives, and physically reconnect with loved ones.

He explained: “Improvement in touch sensation should lead to them being able to sense that they are holding hands.

“That definitely should be possible.”

Presenting very early study findings, that have not been peer-reviewed, at the British Science Festival, he said trial participants were asked to place their hands on the device and report whether or not they could feel different strengths of vibrations.

Dr Pujari said that after 10 minutes of using the device, people reported a 20% to 40% improvement in their sense of touch.

However, it is not yet known how long this improvement lasts, he told the event at De Montfort University in Leicester.

Dr Pujari said: “They have been delivered, touch sensation itself – vibration touch.

“And what we see is that their ability to sense that vibration touch itself improves.”

He added that improving someone’s sense of touch could also help improve their movements.

“Basically, sensory and motor is connected, and because of that improvement in sensory, from my perspective, (it is) bound to have some improvements in movement,” Dr Pujari said.

There were 40 people in the study, some who had lost their sense of touch due to a stroke and others who had lost it to diabetic neuropathy.

Please log in or register to upvote this article
Stroke