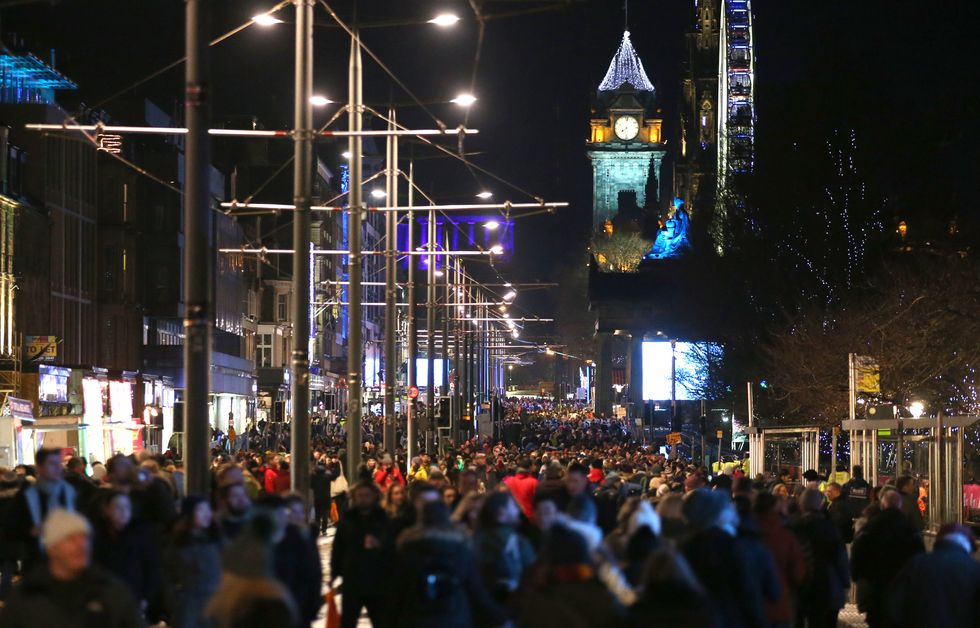 Organisers of Edinburgh’s Hogmanay celebrations are planning a “spectacular midnight moment” as the world famous street party prepares to take place for the first time since the Covid pandemic.

Some 30,000 revellers are expected to see in 2023 at a street party in the Scottish capital.

As well as the “unforgettable firework and light show” that will be staged as part of the event, partygoers will also be given their own personal LED wristbands – allowing them to become part of the light display.

Tech innovators Xylobands, which have worked at Glastonbury and this year’s Commonwealth Games opening ceremony, are collaborating with the organisers of Edinburgh’s Hogmanay.

Jason Regler, the company’s technology and innovation director, said they “delighted to be involved in the famous street party”.

He added: “New Year in Edinburgh is legendary and we’ll bring in 2023 with a fun-filled illumination of light!”

Penny Dougherty, of Unique Events, and William Burdett-Coutts, of Assembly Festival, the directors of the Edinburgh-based event producers appointed in June to produce Edinburgh’s Hogmanay, said the LED wristbands would help give the party a “spectacular midnight moment”.

They said: “We can’t wait to welcome people back to celebrate in Edinburgh at the home of Hogmanay.

“Our new LED wristbands will ensure that all the street party revellers are part of the show, and part of the spectacular midnight moment as we bring in 2023 together.”

Councillor Val Walker, Edinburgh City Council’s culture and communities convener, said: “Edinburgh is truly the home of Hogmanay and we’re very much looking forward to the return of the world-renowned street party.

“Revellers can expect an unforgettable firework and light show, and a new level of involvement with the addition of the personal LED Wristbands. I can’t wait to see it.”

She added: “Edinburgh’s Hogmanay remains the place to be to bring in the bells and this year will be no exception.”

Pyrotechnic experts at Titanium, meanwhile, will return to put on the midnight fireworks display from Edinburgh Castle

Titanium Fireworks director Simon Page said “We are absolutely delighted to be back in Edinburgh at one of the World’s best NYE street parties.

“Edinburgh’s Hogmanay should be on everyone’s list and not just because of the amazingly intense fireworks above the majestically elevated Edinburgh Castle.

“After a few years away it already feels like coming home to party with old friends. We look forward to welcoming the world back to Edinburgh.”

Tickets for the street party go on sale on Tuesday October 18, with details of other events, including the Concert in the Gardens, to be announced later in the month.