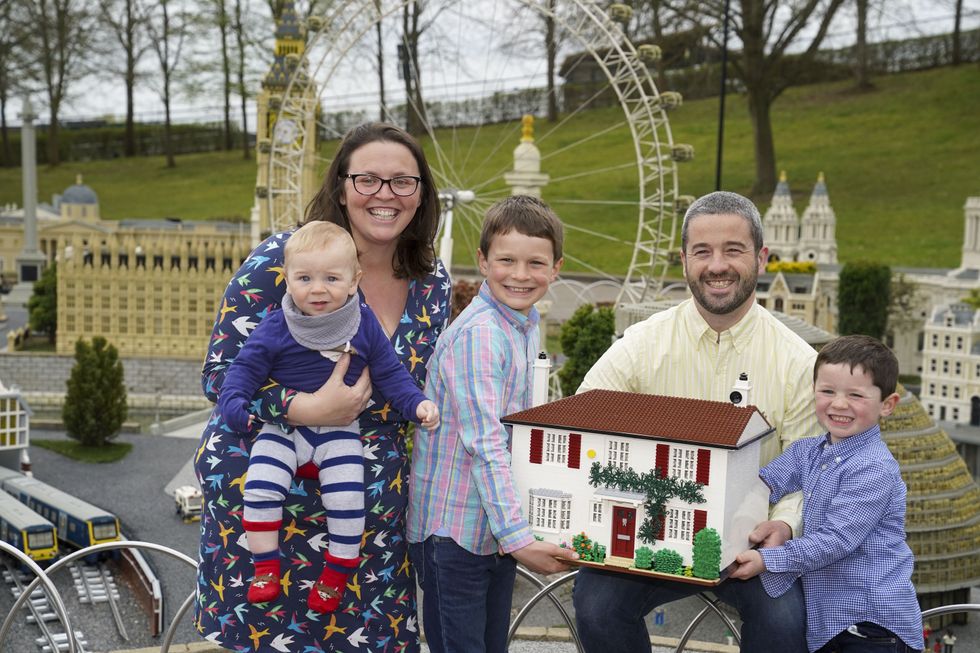 A family of five who won a nationwide competition were “thrilled” to be shown a complete replica of their home at Legoland’s Windsor Resort.

Primary school teacher Aine Molloy, husband Jarlath and their three sons, Fionn, nine, Darragh, four, and nine-month-old Oisin, won a national competition to have their Southampton home reimagined in one of the UK’s most exclusive postcodes – the resort’s Miniland.

The 13,623-brick house, which will go on permanent display next to the Eiffel Tower in Miniland, was crafted by Lego’s expert model makers.

“The boys are massive fans of Lego and were thrilled when we told them we had won the competition,” Mrs Molloy said.

“Fionn loves the Eiffel Tower, which he visited during a trip to Paris, so he can’t believe his home is built right next door.”

The detached home comes complete with a miniature version of the Molloys and stands at 37cm tall with views of the Sacre Coeur – but the build itself is extra special as the family is considering moving to be near loved ones.

“Many of our big life moments, like our children coming back from being born and their first days at school, have been marked with a photograph in front of the red front door, so to see this replicated in Lego bricks is really moving for me.”

The Molloys were chosen from more than 1,000 entries to the competition earlier this year.

It asked families to submit a photo of their home alongside a description of why it should be recreated at Lego Miniland – and the Molloys’ application “blew the judges away as their love for both Lego and their home was evident”.

“Their house is beautiful and has some amazing defining features like its big bay windows and striking red front door that made it fun to build.

“We hope that the whole family loves seeing their home come to life here at the resort and that they will bring all their family from Ireland over to see it too.”

The competition was launched to celebrate the resort’s new building attraction, The Brick.

Please log in or register to upvote this article
LegoLegoland